A former newspaper office is set to become a block of flats after councillors backed the scheme.

The Observer Building, which used to be home to the Wigan Observer, will become 18 one-bedroom apartments as part of what the developer has described as “highly sustainable town centre living”.

According to the Manchester Evening News, officers at Wigan Council have approved a change in use application by Joof Homes for the red brick building, in Rowbottom Square.

The building, pictured below, once housed the weekly Observer’s office and printing presses before it moved in the 1960s, and is currently vacant having most recently been used as office space for local businesses. 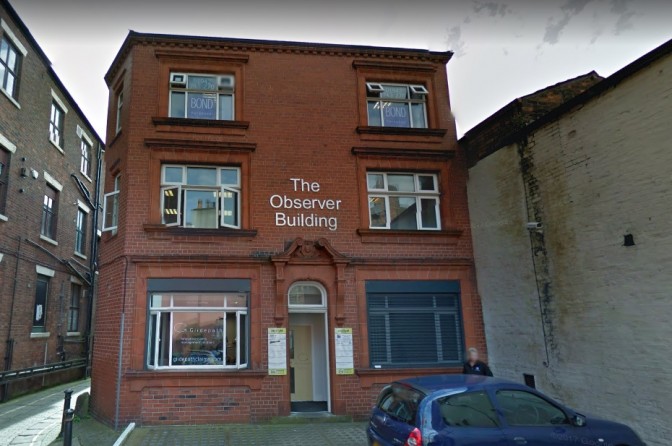 A planning report, submitted on behalf of Joof Homes, reads: “The immediate locality is predominantly commercial in nature, however a number of residential conversions are understood to have taken place within the vicinity in the recent past

“The proposal would positively bring back into beneficial use the building which has been and risks being vacant for a prolonged period.

“It would also introduce highly sustainable town centre living, helping to diversify this particular area of the town centre ultimately acting to enhance its vitality.”

No new parking spaces have been proposed, although some cars can access informal spaces at the front of the building.

Each of the apartments will also have cycling storage in the building’s basement.