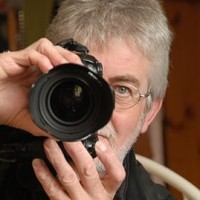 A photographer who spent more than 20 years working for a series of weekly newspapers has died aged 65.

Tributes have been paid to Martyn Snape, left, who covered the picture desk for the Champion series in Sefton and West Lancashire.

Martyn’s career began as a young man working in a photography shop in Ormskirk and he went from there to study photography at Blackpool College.

On completing his studies he secured a job at the Ormskirk Advertiser, where he served as chief photographer, before working for the Champion on a freelance basis.

Martyn passed away peacefully on Monday in Queenscourt Hospice, in Southport, following a short illness.

An obituary on the Champion’s website states: “He was as popular within the Champion as he was out in the community he served with such dedication and distinction. His talents behind the camera ensured countless people were able to share their stories in our titles.

“He became ‘pals’ with the great and good of both boroughs, striking up real friendships with so many as he went about his duties professionally and with a great eye for a good picture.

“Martyn didn’t do ‘snaps’ – he hated that term and would rebuke anybody who dared to call his work ‘that word’. He was a newspaper lensman down to the core and was greatly respected for the manner in which he went about his duties.”

Former Southport MP John Pugh was among those to pay tribute.

He said: “Martyn was an ever present at all the big events in Southport – always patient, good humoured with a rueful smile on his face.

“He was the absolute opposite of the intrusive paparazzi type, striking up a friendly relationship with those he photographed – always skilful, helpful and considerate. It’s a tragedy to see his life cut short as his life, photos and memories encompass so much of the history of our town.”

A family statement to the Champion reads: “Martyn was never without a camera or two and over the course of 40 years he quietly and modestly amassed an extensive, often humourous and beautiful archive of photographic work depicting the people and landscape around him.

“He thoroughly enjoyed working on assignments for the Champion and made many good friends within the organisation. The family would like to thank everyone for their kind thoughts and best wishes at this sad time and who remember Martyn with much love and affection.”

Funeral details will be announced at a later date.