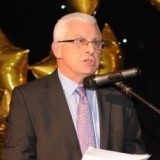 The proportion of journalists passing the new senior exams increased between their first and second sittings, it has been revealed.

The National Council for the Training of Journalists has published pass rates for the July and November sittings of the new ‘level 6′ National Qualification in Journalism.

A total of 63pc passed the first sitting of the new ‘level 6′ NQJ in July, while 68pc qualified as seniors after taking the exams the November.

The new assessments have been introduced to “reflect the reality of daily life in the newsroom today”, with the ‘big news story’ exam testing candidates’ ability to deal with a developing news story, including time management and social media skills.

In the examiners’ report covering both sittings, which was released this morning, big news story chief moderator Faith Lee said: “Overall, it is clear that candidates are embracing the big news story exam and its relevance to newsrooms today.

“In the final section for question 10, it is encouraging to see that candidates were able to react to the information as it was released, especially the new angle which appeared in the final 15 minutes.”

In all, 79pc passed the practical skills element of the exam in July and 85pc in November, while the pass rates for media law and ethics were 71pc and 66pc respectively.

All candidates passed the e-logbook section in November, with just one failing in July.

He added: “The new assessments reflect the reality of daily life in the newsroom today with all the pressures, challenges and demands upon multimedia journalists.

“The assessments are not just an exercise in writing a good story and having an in-depth understanding of the news gathering process – they are also a test of the legal and ethical challenges and questions that journalists increasingly face in their day-to-day work.

“We can be confident that the NQJ gives today’s journalists the very best and most relevant platform upon which to build their career, equipping them to carry out a role that arguably has never been more important.”

Last week the NCTJ’s annual report revealed two-thirds of those to take the NQJ during 2018-19 had passed overall.

The full list of those who qualified as seniors in July and November is as follows: