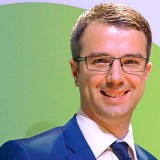 Nine staff including five journalists are set to leave an independent publisher amid cutbacks which will also see the closure of the firm’s PR company.

The company is also in consultation with three staff at its comms offshoot Star Public Relations with a view to the agency closing.

In addition, marketing and communications director Chris Leggett, pictured, has decided to move on after 13 years with the company including three years as an MNA board member.

Chris joined the company as a digital journalist in 2006, and became MNA’s brand and communications manager in  2012.

He will leave the company on 20 December.

Star PR was launched by the group in 2016 and was based at its Telford print centre. One full-time and two part-time members of staff are affected by its closure.

The MNA declined to comment when approached by HTFP.