The American owners of UK regional publisher Newsquest have rejected a takeover bid for the company, accusing its would-be buyers of a ‘history of cost-cutting’ at its existing titles.

As previously reported, Media News Group/Digital First has bid $12 a share to buy Newsquest owner Gannett, which also owns a large portfolio of US titles including USA Today.

But in a statement issued yesterday, Gannett’s board unanimously rejected the “unsolicited” offer, saying it did not believe the bid was credible.

And in an exchange of letters released along with the statement, Gannett chairman Jeffry Louis hit out at MNG’s “well documented history of cost-cutting” and questioned its committment to “high quality local journalism.” 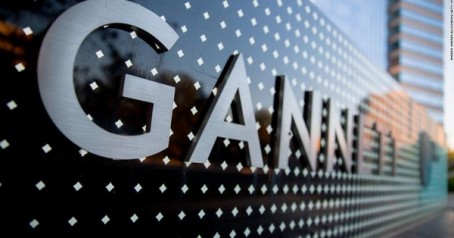 The statement read: “After careful review and consideration, conducted in consultation with its financial and legal advisors, the Gannett board concluded that MNG’s unsolicited proposal undervalues Gannett and is not in the best interests of Gannett and its shareholders.

“In addition, Gannett does not believe MNG’s proposal is credible.

Mr Louis added: “We believe that our future — and that of the industry — turns on thoughtful investments in journalism and marketing solutions, so we can deliver engagement when, where and how our audiences and customers demand it.

“We know there are challenges that face us and our industry. We firmly believe, however, that given our operational expertise, our focus on evolving our business model, and our unwavering commitment to remaining a trusted source of news, we are uniquely positioned to grow this company and its valuable assets.”

In a strongly-worded letter written to MNG chairman Joseph Fuchs on 16 January and made public yesterday, Mr Louis openly questioned the would-be purchasers’ commitment to its staff and communities.

Mr Louis wrote: “Within the industry, MNG has a well-documented history of significantly reducing editorial staff and cutting costs at its acquired properties.

“What commitments would you be willing to make to maintain newsroom staffing and ensure any acquired publications can continue to produce high- quality local journalism and contribute to the communities they serve?”

Mr Louis also asked whether MNG planned to break up the company or sell off its international divisions – a reference to the possibility that Newsquest itself could be put up for sale if the takeover were to go ahead.

In response MNG, which already owns 7.5pc of Gannett, issued its own statement yesterday accusing the Gannett board of acting as an “impediment” to maximising shareholder value.

“Gannett’s Board today sent shareholders a clear message: that it intends to block immediate and certain value creation opportunities in favor of a speculative future engineered by the team that already has destroyed over 40pc of the Company’s value,” it said.

“The sad reality for Gannett shareholders is the company has no credible plan to attain a $12 per share valuation on its own. Gannett’s ‘pie in the sky’ hopes for its digital businesses are not believable and cannot be counted on to deliver value superior to the immediate and substantial premium being offered by MNG.

“Gannett is presiding over a declining core business, decreasing cash flow and significant leverage because it overpaid for digital assets. Gannett’s deep structural problems are better fixed by experienced operators such as MNG, away from pressures of the public markets.”

It is unclear whether MNG, whose existing titles include the Denver Post, will now return with a higher offer.

In the statement, it said it would “consider its options in the coming days,” including the option of voting in a new slate of directors to the Gannett board

The takeover battle has led some to speculate that it could kick-off a further round of consolidation in the UK regional newspaper industry, with Newsquest merging with JPIMedia to create a scaled-up business to rival Reach plc.

Former Reach executive Mark Hollinshead told The Drum: “Newsquest coming together with Johnston Press would create a media business with commercial scale and with the right content model would create a bigger more relevant digital business built out of local content.”