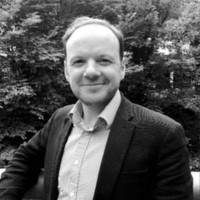 A newspaper has poached a city rival’s award-winning political editor to replace a journalist who is leaving to edit a regional daily.

The Daily Record has unveiled Paul Hutcheon, pictured, as its new political editor following the announcement last month that David Clegg will be leaving the Glasgow-based paper in the autumn to become editor of Dundee-based daily The Courier.

Paul, 42, will join the Record in early October after 15 years working for Newsquest in Glasgow.

He joined the Sunday Herald in 2004 as it Scottish political editor, going on to become investigations editor before taking up his current role as politics and investigations Editor at the Herald on Sunday.

He said: “I am delighted to be joining the Daily Record, Scotland’s newspaper of the year. The Record is renowned for its first-class political coverage and hard-hitting campaigns, and I am looking forward to being part of Editor David Dick’s team at such an exciting time.”

Record editor-in-chief David Dick said: “Paul is one of the finest journalists in the country and I am absolutely delighted he is joining the outstanding team at Scotland’s newspaper of the year.

“Our political coverage is second to none and he will be a great addition to our brilliant team of political reporters across the group including the Daily Record’s Andy Phillip at Holyrood and Torcuil Crichton at Westminster, John Ferguson at the Sunday Mail and Tom Martin at the Scottish Daily Express.”