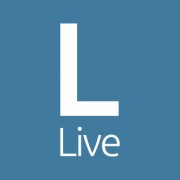 A local news website agreed to remove a story based on a police press release that became the subject of a complaint to the press watchdog, even though it denied a breach of the Editor’s Code.

Lincolnshire Live reported that police were investigating after being called to an incident where a teenage girl sustained minor injuries, allegedly after being assaulted by another teenage girl.

The story, headlined “Police investigating assault after teenage girl is attacked” and published on 16 May 2019 was based on a police press release.

Neither girl was named in the story, but the aunt of one of the girls complained to the Independent Press Standards Organisation that it contained a number of inaccuracies.

Complaining under clauses 1 (Accuracy) and 6 (Children) of the code, she said that police were not called to the incident, that it was an “altercation” rather than an assault, and that although her niece was not named, her school friends had asked her about the incident following publication.

The website did not accept that there was any breach of the Code and said that the article was an accurate report of a police press release.

IPSO began an investigation into the matter, but during the course of this, the publication offered to remove the article from the site as a gesture of goodwill.

This resolved the issue to the complainant’s satisfaction and as a result the complaints committee did not determine whether there had been a breach of the code.

The resolution statement can be read in full here.