Multilingual journalists among first recruits for Reach under Facebook scheme 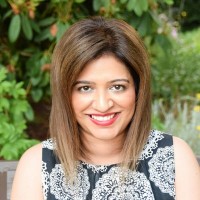 Reach plc has appointed its first batch of journalists to be recruited under the Facebook-funded community reporting scheme – including two multilinguists.

Ria Tesia, who speaks Hindi and Gujarati, as well as being able to understand Urdu and basic Punjabi, has joined the Derby Telegraph, while Welsh speaker Branwen Fflur Morris Jones has been take on by the North Wales Daily Post.

Ria will be working with ethnic minorities in the Normanton area of Derby, while Branwen will be covering the county of Gwynedd.

Kynaat Awan and Lewis Smith have joined Wales Online, and will be focusing on Cardiff’s Muslim community and the Gwent Valleys respectively, while Bethan Shufflebotham has been recruited by Stoke-on-Trent daily The Sentinel.

Cornwall Live and Surrey Live have taken on Lisa Letcher and Alec Evans respectively, while Rema Mukena has joined the Bristol Post and will be covering three inner-city communities on its patch.

Elsewhere, Newsquest weekly the Western Telegraph has recruited Tenby-based freelance journalist Ruth Davies under the scheme, which is being funded by a £4.5m charitable donation from Facebook to the NCTJ.

And fellow Newsquest title the Oxford Mail has welcomed Polish-born Stanislaw Skarzynski to its team under the community news initiative.

* Matthew Dresch has left his role as a senior reporter at the Worcester News to join the Daily Mirror as an overnight news editor.

* James O’Brien, previously a sports reporter at the Press Association, has been appointed Hull Kingston Rovers reporter for Hull Live and the Hull Daily Mail. He replaces Gareth Westmorland who has joined Hull KR as its media manager.

* JPIMedia has named Ross Gregory as its head of football for its central digital team.  He moves from his role as head of sport at the company’s North East titles, working across the Sunderland Echo, Hartlepool Mail and Shields Gazette.

* Sophie Barley has moved from the role of news editor at Newcastle daily The Chroncile to become its head of social media and audience.

* Rahmah Ghazali, who previously worked as a journalist in Malaysia, has joined Sheffield daily The Star as a multimedia reporter.

* Glasgow’s Evening Times has appointed Cat Cochrane as a community reporter as part of the Facebook-funded Community News project. Cat will be focusing on reporting from the East End of Glasgow.

* Dominic Booth has moved from the role of Cardiff City correspondent at Wales Online to become Manchester United writer at the Manchester Evening News.

* Joseph Keith has been promoted to head of news at the Yorkshire Evening Post, having previously worked as a newsdesk content assistant at the title and its stablemate The Yorkshire Post.