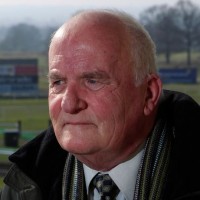 A long-serving regional daily horse racing editor whose journalism career spanned more than half a century has died aged 77.

Tributes have been paid to Doug Moscrop, left, who wrote on racing for Newcastle-based daily The Journal for 44 years after being sacked from a previous role at a different newspaper for sneaking off to watch a race meet.

Doug retired from his racing editor role in Newcastle on 13 May 2006, but continued to write a regular Saturday column and selected his daily treble for years after.

He also served as a racing consultant for Tyne Tees TV for 34 years.

John Gibson, 78, former executive sports editor at The Journal’s sister daily The Chronicle, said: “Doug was a leading figure in racing for years, not only in the North-East but nationally. He was so well-known, he was a great tipster and won many awards. He was exuberant, a larger than life character. He was on Tyne Tees TV and was the top in his game on the Journal for donkey’s years.

“When I was an executive sports editor on the Chronicle I wanted to bring him across from The Journal but he brought in that many sales for them that they wouldn’t let him cross over, so it never happened. He was a respected journalist and real, real character, he was the flag-bearer to racing.

“In the North-East, where Geordies like a bet, he was so well-known and when he hosted Northumberland Plate Day for us at Gosforth Race Course he was Lord of the Rings, he was in his element. It is such a sad day that another one of our journalist greats has gone.”

Doug began his career on the Berwick Advertiser as a cub reporter, but he was sacked after sneaking out of the office to watch point-to-point racing at Kelso race track.

However, he bounced back and was taken on by The Journal to write about racing after discussing his hobby at an interview in Newcastle.

Matt McKenzie, editor and regional head of print for the North-East for Reach plc, said: “Doug was The Journal’s racing writer for a remarkable five decades and enjoyed a career of many awards and accolades. He was a major voice in North East sports journalism and his contribution to our newspaper was immense.

“He will be greatly missed and our thoughts are with his family at this time.”

Kevin Dinsdale, who was Doug’s old sports editor on The Journal and is now print publishing editor for Reach, added: “In my time as a sports journalist I met many colleagues and contemporaries who knew their subject inside out and, of all of them, Doug was the greatest expert in his field.

“There was nothing going on in horse racing in the North that he did not know about and everyone knew and respected him. He had an encyclopaedic knowledge of runners, riders, trainers and courses in our region, the like of which we are unlikely to see again. He was also a great and versatile writer and a kind and very helpful colleague.

“When he finally retired as racing editor of The Journal, his farewell do turned into several and a virtual tour of the North’s racecourses, such was the high esteem in which he was held within the sport. He will be sorely missed.”

It is believed Doug suffered a heart attack following a successful operation for an aneurism on his aorta. He died in Newcastle’s Freeman Hospital at 1.20am on Wednesday.