A national investigation which involved collaboration between journalists working for rival publishers has revealed councils are using money from selling off publicly-owned land and buildings to help balance their books – including £115 million spent on making workers redundant.

The Bureau Local, run by the Bureau of Investigative Journalism, worked with HuffPost UK and its network of regional journalists from across the country for the #SoldFromUnderYou investigation, which found more than 12,000 public spaces have been lost due to the local government funding crisis.

The probe has received national coverage, while a number of localised versions of the story have also appeared in regional titles.

Those to carry stories based on the investigation’s findings include the Birmingham Mail, Lancashire Post, Bristol Cable, Wigan Post, Bolton News, Peterborough Telegraph and Newham Recorder. 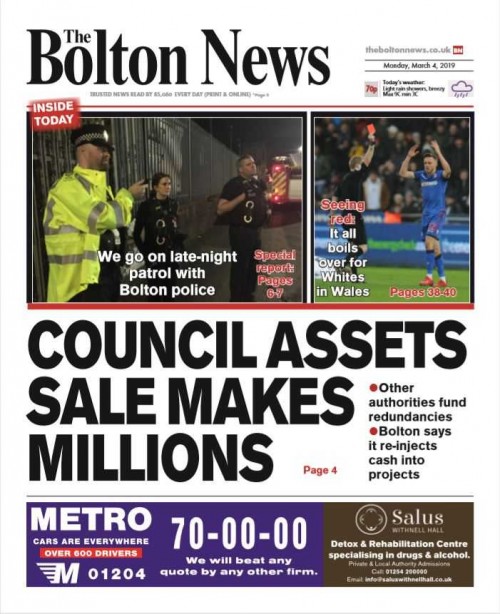 The Lancashire Post was able to reveal that Lancashire County Council had sold off more than £34m worth of assets in the past five years, while the Bolton News uncovered the fact that neighbouring authority Bolton Council had made £11m in six years.

Elsewhere, the Peterborough Telegraph revealed the government is investigating whether Peterborough City Council may have broken the law by selling public spaces to help meet its running costs

Bureau Local data journalist Gareth Davies told HTFP: “Our investigation into the public spaces being lost as a result of the local government funding crisis would not be as impactful or comprehensive without our network members, many of whom work in the local and regional press.

“Reporters up and down the country are using their local contacts and knowledge to dig into and report the stories behind the data we have collected.

“Ever since we launched our project I’ve been consistently impressed by how journalists working for rival newspapers or companies are willing to work with each other as part of our investigations.

“I hope the coverage we are all producing as part of #SoldFromUnderYou acts as a great example of the benefits of collaborative journalism.”