Regional journalists have been praised as “heroes” of the election campaign as newspapers urged readers to go to the polls today.

During the course of the campaign, regional titles have challenged “fake news,” unearthed agenda-setting scoops, launched the cross-title ‘Power up the North’ campaign and taken political parties to task for mimicking local newspapers in their election literature.

The story was followed by every national newspaper and broadcaster and helped shape the political debate during the final days of the campaign.

Among those to have praised regional journalists for their coverage of the election battle have been Matt Chorley, editor of The Times Red Box, who named them as having a “good campaign”.

Posting on Twitter, he said: “This might have been one of the worst election campaigns in living memory for numerous reasons, but for me the standout change I’ve seen is how good local and regional journalism has been covering the election. We really have some exceptional political journalists in the North.”

And Church of England priest Peter Crumpler contacted HTFP via Twitter to say: “Before a vote has been counted, the heroes of this campaign have been the regional and local media, working away at the grassroots to report local issues and seek to hold their candidates to account. A vital service.”

The Yorkshire Post this morning used its front page to call for electoral reform and an inquiry into the conduct of the election after its journalists, as well as those at the YEP, faced abuse for reporting on Jack’s plight. 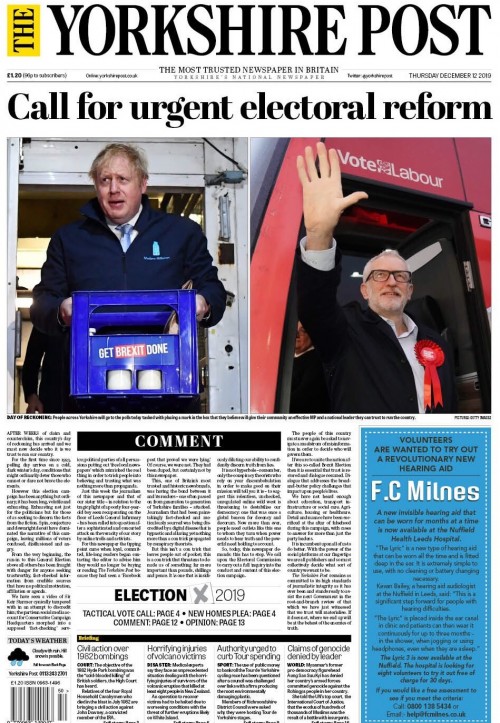 In an accompanying editorial, the newspaper said: “This, one of Britain’s most trusted and historic newsbrands, was having the bond between it and its readers – one often passed on from generation to generation of Yorkshire families – attacked.

“Journalism that had been painstakingly fact-checked and meticulously sourced was being discredited by a digital disease that is hypnotic and alluring yet nothing more than a con trick propagated by conspiracy theorists.

“But this isn’t a con trick that leaves people out of pocket; this is a con trick that threatens to denude us of something far more important than pounds, shillings and pence. It is one that is insidiously diluting our ability to confidently discern truth from lies.”

It added: “So, today, this newspaper demands: this has to stop. We call upon the Electoral Commission to carry out a full inquiry into the conduct and content of this election campaign.  The people of this country must never again be asked to navigate a maelstrom of misinformation in order to decide who will govern them.”

Elsewhere, the Grimsby Telegraph used its front page to urge readers to vote for a candidate who will “fight for a better future for our town”, citing statistics such as 500 people a week needing food parcels and one in three children in Grimsby are living in poverty. 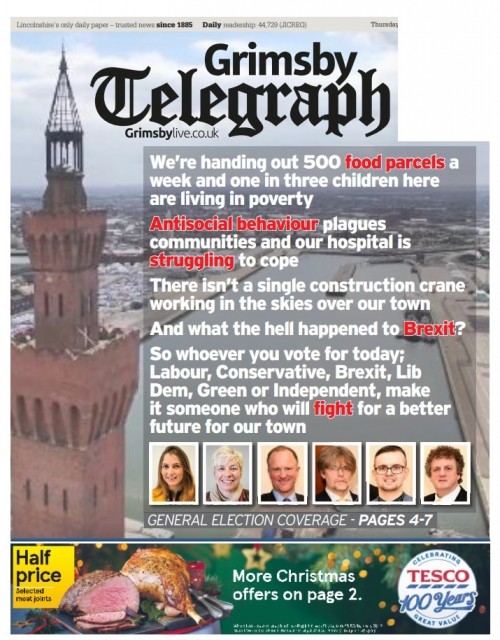 The Warrington Guardian offered headshots of all the candidates in both constituencies it covers – with editor Hayley Smith reminding readers that red and blue are the newspaper’s colours should any accusations of bias come her way.

Tomorrow’s @warringtonnews front page. Whoever you choose, just make sure you use your vote

(NB Also, before anyone argues I’m biased again the red and blue are our Warrington Guardian colours)#GE2109 #generalerection #trustedelectionnews pic.twitter.com/5miBDkXRtL

In Glasgow, the Daily Record called on voters to make Scotland “Tory-free”. 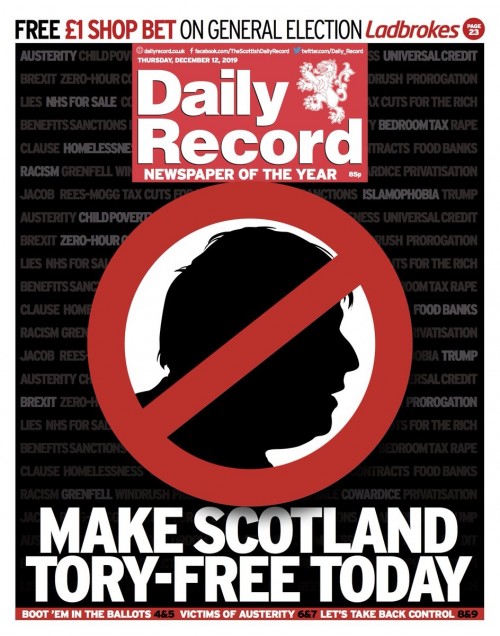 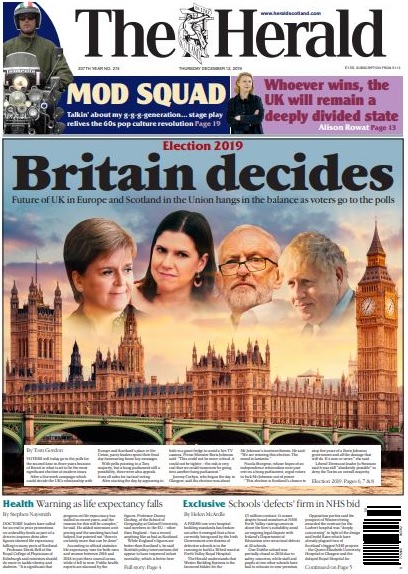 In Edinburgh, The Scotsman presented a collage of its front pages from throughout the campaign. 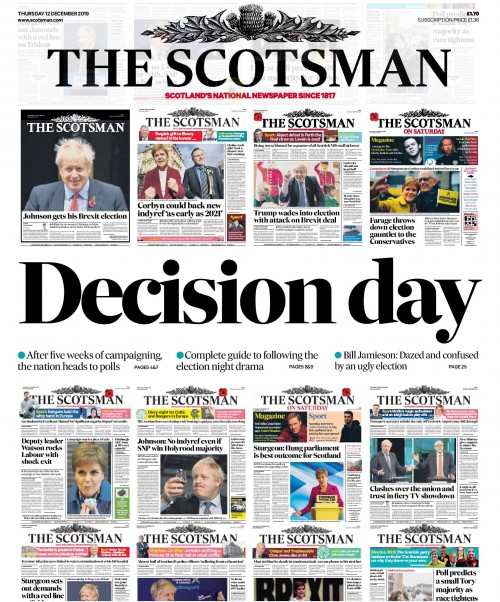 Meanwhile, the Western Daily Press reminded us that amid the election, it is still the festive season – carrying an image of a polling station worker wearing a Father Christmas hat. 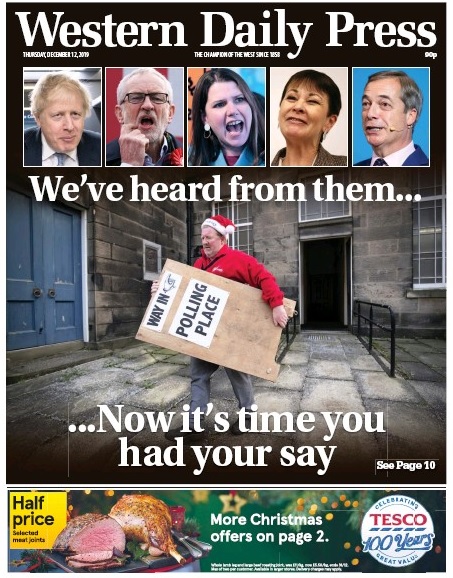 And finally, on Twitter, Newsquest editorial director Toby Granville offered some praise for the night ahead for all those covering counts.

He said: “Good luck to the real stars of the #ElectionDay – the local journalists across the UK working through the night tonight to report the results live as they happen.”