Regional journalists and the newspapers they work for are being invited to enter this year’s O2 Media Awards for the North West.

Submissions are now being welcomed for the annual prizegiving, which will be held in November.

As with their sister awards for Yorkshire and the Humber, a single Newspaper of the Year prize is provisionally slated to be given this year rather than separate Daily and Weekly titles.

However, judges may decide to increase the number of awards from the current 24 categories once all entries have been examined. 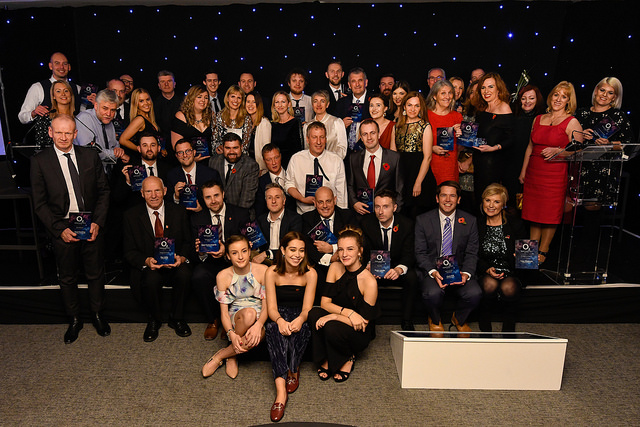 The winners at last year’s ceremony

Nicola Green, director of corporate affairs at O2, said: “The O2s are a fusion of media talent. They support the media industry’s diversity and focus on the rapid growth of creative industries in the North West.

“Whether it’s writers delivering grassroots journalism or programme makers winning national acclaim, the awards highlight the impact the media has on our communities.”

The deadline for entries for this year’s Yorkshire and the Humber awards is Tuesday 20 August, and only work published or broadcast between 24 July 2018 and 31 July 2019 is eligible.

The nominees will be announced in September, and will all be invited to the awards presentation in Manchester in the week beginning 4 November.

This year’s categories are:

Entry forms and criteria information are available by contacting Rossiter Media on 01829 741371 or by email request to O2mediaawards@rossitermedia.co.uk.