A regional daily journalist has written a book about a scandal which prompted political calls for a boycott of his newspaper.

The incentive, which has now been stopped, gave overgenerous offers of fuel subsidies for properties to switch to green energy, leading to it going over budget.

The scheme is thought to have cost taxpayers in Northern Ireland an £500m more than originally planned, and eventually resulted in the suspension of the Northern Ireland Assembly in Stormont. 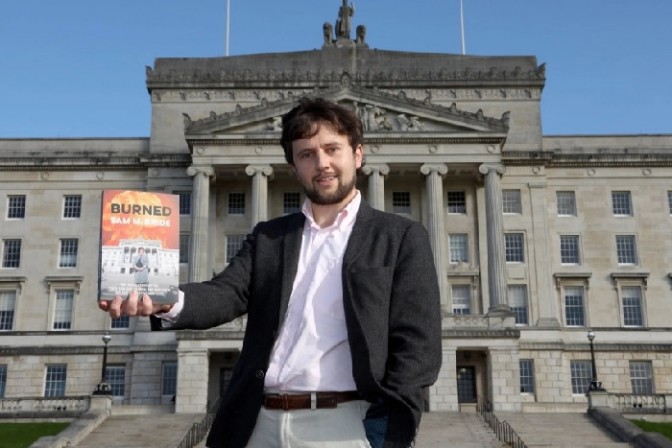 Northern Ireland’s First Minister Arlene Foster had been working for the Department of Enterprise, Trade and Investment when the scheme was introduced in 2012, although she denies any wrongdoing.

In 2017 Brian Haslett, an assistant to Mrs Foster, called for a boycott of the News Letter over its coverage of the scandal, accusing Sam, pictured, of “bias tripe” (sic).

Ahead of the book’s launch yesterday, Conor Graham, of publisher Merrion Press, told the News Letter: “I’ve been working in publishing in Ireland for nearly 20 years, and I’ve never seen the level of interest from readers, booksellers and the media for a new title in all that time.

“It’s totally unprecedented. We were thrilled at Merrion Press when we signed the deal with Sam to publish this important and revelatory title; we knew then how significant the story was and how Sam was the person best placed to tell it – but we didn’t realise the book’s release would coincide with such momentous political upheaval across these islands; the timing is phenomenal.”