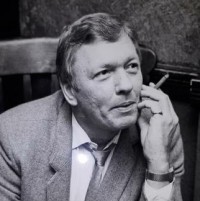 A journalist who served as a political correspondent on a number of regional dailies has died aged 72.

Tributes have been paid to Brian Walters, who worked on titles including the South Wales Evening Post, Yorkshire Evening Post and Halifax Evening Courier.

Brian, pictured, who died on Saturday, was also the Swansea-based South Wales Evening Post’s first correspondent at the Welsh Assembly, in Cardiff.

Secretary of State for Wales Alun Cairns is among those to have paid tribute.

He said: “Brian Walters was a brilliant journalist and a first class champion of Swansea. I first met him when I was selected for Gower in 1995.

“Although we immediately struck a warm rapport and a shared passion for Swansea, he was always prepared to ask the difficult questions to ensure full and proper scrutiny. He would challenge policy decisions and champion causes about Swansea in equal measure.

“He built strong relationships with politicians of all parties and was regarded positively across the political divide. This is the true measure of standing and respect of any journalist.”

Former Labour Cabinet minister Lord Hain of Neath added: “Brian was one of the top journalists of his era in Wales.”

Brian was part of a South Wales media dynasty, and his father Norman was managing editor of the Guardian group of newspapers – which had editions in Neath, Port Talbot, Maesteg and Porthcawl – while his three brothers and uncles were all involved in the press, either in journalism or on the printing side.

After beginning his career with a short spell with the Neath Guardian, Brian moved north, working in Accrington and the West Lancashire Gazette, then the Halifax Courier.

In the mid-1980s he moved back to Wales as local government editor for the South Wales Evening Post and when the Welsh Assembly started in 1999 he took on duties covering the workings of the Senedd, in Cardiff.

He was also a former Father of the Chapel shop steward at the Evening Post and with the Swansea branch of the National Union of Journalists.

Professor Andrew Davies, former Welsh government minister, said: “I knew Brian Walters for many years, particularly in the early years of the National Assembly, and always held him in high regard as an excellent local newspaper journalist and someone with real integrity.

“I well remember some of his investigations and scoops, not least the infamous Pink Films episode, in which a Conservative party parliamentary candidate for Swansea West was forced to stand down after a row about a failed film project, when he demonstrated his commitment to truth and honesty and with considerable journalistic skill.

“He also had a great sense of fun, with an infectious laugh, whether that was over a pint or the annual boules competition which he organised.”