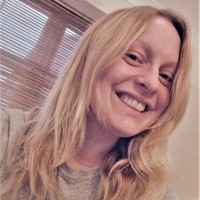 A journalist who wrote for a regional daily has died aged 40 after being hit by a train.

Tributes have been paid to Kelly Jobanputra, who was struck on the line between Swindon and Didcot Parkway after leaving home to go shopping.

Primarily a radio journalist who worked for local BBC stations before heading to London to produce a daytime show for BBC 6 Music, she regularly wrote reviews for the Swindon Advertiser.

Kelly, who often used her maiden name Kelly Stooke as her byline, also freelanced for the 365 Bristol website and wrote a piece called ‘Mum About Town’ for Swindon Web.

Kelly’s brother Corrie died 15 years ago in what her family described to the Advertiser as “equally-distressing circumstances”.

In an interview with the Advertiser published this morning, Kelly’s father John Stooke said:” We are completely and utterly bereft to lose such a vibrant, attractive, courageous and well-loved family member at such a very young age.

“She was in good spirits when she left at lunchtime to go to Asda. It seems that, whilst the circumstances are not at all clear, this may well have been, in the end, an unintended and tragic accident.

“Our thoughts are not solely with the devastation to our own family. We also believe the train driver was naturally traumatised and he or she also remains very much in our thoughts and prayers.”

The incident happened at around 3pm on Friday, and Kelly’s family formally identified her remains earlier this week.

According to the Advertiser, they have asked to be left alone while they grieve for Kelly and for speculation about how her life ended to be avoided until the inquest establishes the facts of the incident.