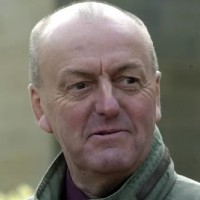 Tributes have been paid to Michael Brown, left, who spent many years with the Yorkshire Post.

Described as being “on first-name terms with bishops and archbishops”, Michael worked for the Post from 1979 until taking early retirement in 2006.

In recent years he had lived with dementia, and his condition had “rapidly deteriorated” before his death.

In an obituary for the Post, Stephen Briscoe wrote: “Michael was a consummate journalist winning awards as a features writer, and his insistence on remaining in the news room as a general news reporter rather than being designated as a features writer – despite the recognition he received as such – was one of his many distinguishing quirks/

“Comfortable in a pub, provided it was one without a juke box, Michael was someone for whom the 1930s were a bit too modern; he affected a mocking disdain for ‘new fangled’ contrivances such as the telephone and motor car – he was a non-driver – and observing the garish displays in Times Square, New York, a few years ago he remarked dryly: ‘Oh, it’s becoming very commercialised.’

“When entertaining, the fare he offered was likely to be that of a country squire circa 1920. He was defiantly impractical except in the kitchen when preparing meal-time specialties, and at the piano when he delighted in accompanying a sing-along,

“A high church Anglican opposed to the ordination of women. Michael was an active worshiper, most recently being a server at St Wilfrid’s in Harehills, Leeds. In his teens he had been a server at St Mary’s, Beeston, where had also been a choirboy. His faith was of paramount importance to him, and helped sustain him after the blow he suffered when his adored wife Jennifer died in 2011.”

Michael’s career began as a cub reporter on the Morley Observer at the age of 16, and he later went on to the Dewsbury Reporter.

He met Jennifer while at the Reporter, at the couple married in 1965.

Moving to Derbyshire to work on the Buxton Advertiser, he returned to Yorkshire in 1970 when he got a job in the Post’s Huddersfield office.

In 1978, Michael was transferred to the paper’s head office in Wellington Street, Leeds.

Stephen added: “Companionable, steadfast in his faith and his friendships, mischievous – his teases are legendary – and equipped with an extensive repertoire of anecdotes, Michael was a distinctive, robust and sometimes irascible character who brought a sharp intelligence to the slightly oblique way he viewed the world.”

Michael is survived by his daughters Heather, Andrea and Frances, as well as eight grandchildren.