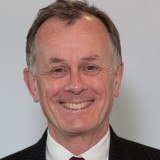 A journalist who launched a regional news service in competition with his former employer has unveiled a new pay-as-you-go system for readers of his website.

Graham Smith founded Cornwall Reports in opposition to Cornwall Live and one of its sister newspapers the Cornish Guardian, where he was working at the time, in 2016.

Graham, pictured, was suspended and later dismissed from the Guardian after “experimenting” with the side project, but took on Cornwall Reports full-time and subsequently launched a paywall for the site.

Now he has announced the introduction of a new pay-as-you-go system for readers, allowing them the option to access individual articles instead of having to buy a subscription.

Said Graham: “Just over two years ago Cornwall Reports became the first local news website in Britain to insist that journalism has value and to put the future of what we do firmly in the hands of our readers.

“With no annoying adverts, pop-ups or data acquisition on our news pages, we have continued to serve a steady diet of hard-hitting exclusives and investigations.

“However, while our annual subscriptions have held steady at £30, working out at less than nine pence per day, we know that some people do not like paying regular subscriptions or would prefer to pick and choose the content they read from a variety of outlets.”

The scheme is being run with digital company Agate, which has recently launched a “digital wallet” scheme.

Users transfer a minimum of £3 into their “wallet”, which will allow them to access individual Cornwall Reports stories for 20p each.

After spending £1, readers are able to access all of the site’s content free for the rest of the week.

As well as accessing articles on the Cornwall Reports site, people taking part in the scheme can also pay to read individual articles published by other publications and websites connected with Agate – including The New European, The Cricketer, Complete France, Reaction and Popbitch.

Agate chief executive Dominic Young said: “We’re thrilled that Cornwall Reports has signed up with Agate to offer customers more flexibility with an option to pay per article.

“Agate was created because we believe that being able to produce quality journalism in return for a fair price, and being able to pay effortlessly, is the template for commercially successful local news.

“Cornwall Reports are, not for the first time, pioneers and are leading the way for other local publishers to follow.”