‘It’s not all Prosecco Fridays': News editor examines life on both sides of the PR fence 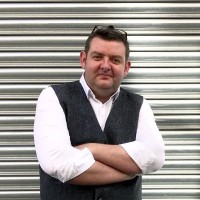 Iain, pictured, can occasionally be found on Twitter calling out bad practice in PR and sparking debates on the relationship between the two industries using the hashtag #prchums – prompting one agency recently to invite him in to give training to its staff on writing press releases for journalists.

Here he examines life on both sides of the fence and explains why his newsroom operates an open door policy towards PR staff.

After a varied 20-year career working on newsdesks in regional and national papers and latterly for a TV broadcaster, a completely unexpected opportunity came up in early 2017 for a switch to PR.

I had never really seriously considered it before, but then the offer presented itself I thought I could learn some more skills and it would add an extra string to my bow in, let’s be honest, uncertain times.

I was lucky enough to jump the fence into a senior role with one of Scotland’s best-known agencies based here in Edinburgh.

Part of that brief, as well as working as a director on key accounts, was to help colleagues with all aspects of media relations on their own accounts.

For a year I had a great time helping out with trying to improve their chances of scoring with releases and generally being the old grey beard who might be counted on to help with an intro.

On a personal level I enjoyed immensely passing on tips and knowledge that we might for granted in a newsroom but can be an extra little nugget for PR folk, down to simple stuff like ‘It’s best not to call two minutes before conference.’

Of course, there is much more to PR than media relations and I learned a huge amount from my time in agency-land too, not least that I had parachuted in at a level I wasn’t really comfortable with, but also it’s not all ‘Prosecco Fridays’, the amount of hard work that goes into representing clients, particularly in agencies, is bloody astonishing.

I have since been lured back into papers but that time in PR has made me realise I have been lucky to see it from both sides.

Now, because I am still very much in the trenches as a news editor I get to see the best and worst of press releases all day/every day.

I suppose that perspective – ‘poacher turned gamekeeper turned back to poacher’ is pretty unusual and gives me a tiny bit of authenticity. At least I am still ‘doing it’.

And when I get monumentally p***ed off with bad practice I often take to Twitter to call it out using the hashtag #prchums but I always do it with the best of intentions.

I know that I only get to fill pages of my paper every day through the goodwill and contacts of expert PR folk based on mutual respect, and that there is a vital relationship there which keeps the media ticking over.

The conversations I have with journalists and PR colleagues around the hashtag #prchums has given me plenty of laughs and food for thought on how I can up my own game, where I make mistakes myself, and where journalists might be able to pass something on to others to make the whole transactional relationship between PR and journalists as painless as possible.

Likewise I have kept good relations with many people in the PR industry since I have been back in papers.

I have an open door policy where PR colleagues can come in and spend a couple of hours here, or a day if they can bear me, to see how we work so they at least get an idea of how quickly we work.

I’m doing this training because I have been asked by people I like, and if it helps some of their staff write releases which ultimately I will be reading myself a few weeks later… then so much the better.