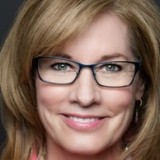 The Information Commissioner has moved to reassure regional publishers they will not be affected by plans to ensure websites are “age appropriate.”

Elizabeth Denham, left, has told the Digital, Culture, Media and Sport Select Committee, which is conducting an inquiry into immersive and addictive technologies, that plans for sites to either ensure their content is suitable to be read by children or require users to prove they are adults would not “impact” on the industry.

HTFP reported in May how the Society of Editors had criticised the plan, claiming it could end up “forcing some regional titles to fold” due to the potential of publishers facing huge fines if the criteria were not met.

But Ms Denham told MPs: “We want to encourage children to find out about the world, we want children to access news sites.

“So the concern about the impact of the code on media and editorial comment and journalism I think is unfounded.”

She added: “We don’t think there will be an impact on news media sites. They are already regulated and we are not a media regulator.”

The NMA is now set to meet with Ms Denham to discuss, among other things, industry fears around the proposals which it has said would force publishers to choose between their online services being “devoid of audience or stripped of advertising.”