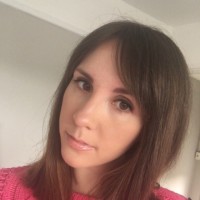 A hyperlocal news network is set to continue its expansion into a new city patch with the launch of its latest print title.

The Bristol-based Local Voice Network has announced it will be launching its 19th publication in Bath.

The network already runs 16 titles across the Bristol metropolitan area, as well as one in Wells and one in Worcester, distributing a total of 160,000 copies every month.

Its latest product, Bath Voice, will initially cover the Bear Flat area of the city.

Erica, pictured, told HTFP: “After working alongside [network co-founder] Emma Cooper at Voice the last six-and-a-half years, I have been hugely involved in the journey of this hyperlocal newspaper.

“I’ve watched the newspapers grow from strength to strength. With every passing year we grow in publications and our Voice ‘family’ grows.

“The Voice newspapers have gained huge credibility across the local newspaper scene and I believe they’ve widely recognised as a great free monthly newspaper.

“We pride ourselves on interesting relevant content, local news, views as well as an affordable platform for local businesses to advertise.

“I am very excited to be bringing a Voice publication to Bath.”