Representatives from four regional dailies have met with court chiefs in a bid to improve press access at hearings.

Staffers from the Birmingham Mail, Leicester Mercury, Derby Telegraph, Nottingham Post and Stourbridge News were among those to attend the meeting in Birmingham, co-chaired by Society of Editors executive director Ian Murray and HM Courts and Tribunals Service director of communications Ed Owen.

Discussion points included how courts could ensure staff are fully aware of the existing media guidelines, for instance ensuring press seats are available and extending the guidance training out to smaller magistrates and youth courts to ensure a consistent service across the board.

The meeting, held at Aston Villa Football Club, in Birmingham, was also attended by representatives from the BBC, Caters News, PA Media and Free Radio, as well as course leaders at various Midlands universities. 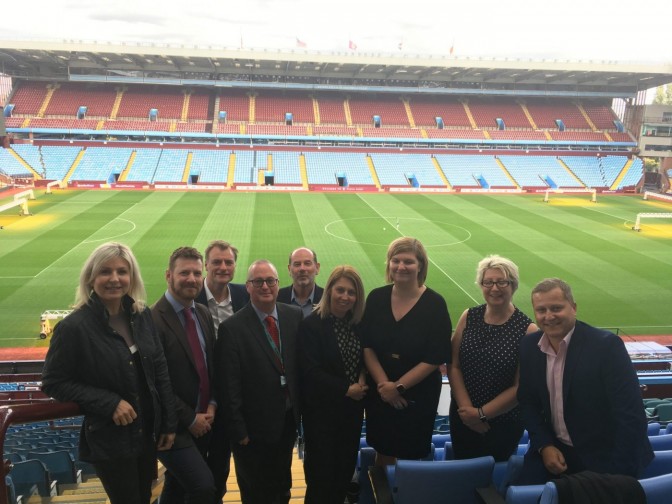 Attendees at the event

Ian said: “Once again this has been a great bringing together of minds from the courts and the media to further improve access for journalists, which can only facilitate better services for the public.”

Ed Owen added: “It’s been a great opportunity for us to discuss issues relating to media access to courts with local and regional media representatives.

“It is vital we all work together to promote reporting of our courts as part of building confidence in the justice system.”

The event was the latest in a discussion roadshow which has been hosted by the SoE and HMCTS, with previous discussions being held with regional editorial chiefs in Bristol and Sunderland.

Further roadshows are planned for Cardiff and Manchester later this year.