A former editor has retired from the board of the independent newspaper group he served for almost 40 years.

Peter Butler has retired after 30 years as a director of Chronicle Publications Ltd., the owners of the Goole Times and Selby Times.

Peter edited both papers before his retirement in 2010, after almost 40 years at the Goole Times, of which two decades were spent as editor.

He joined the Goole Times in 1972 and served his apprenticeship under his father, Ernest Butler, the then-editor. 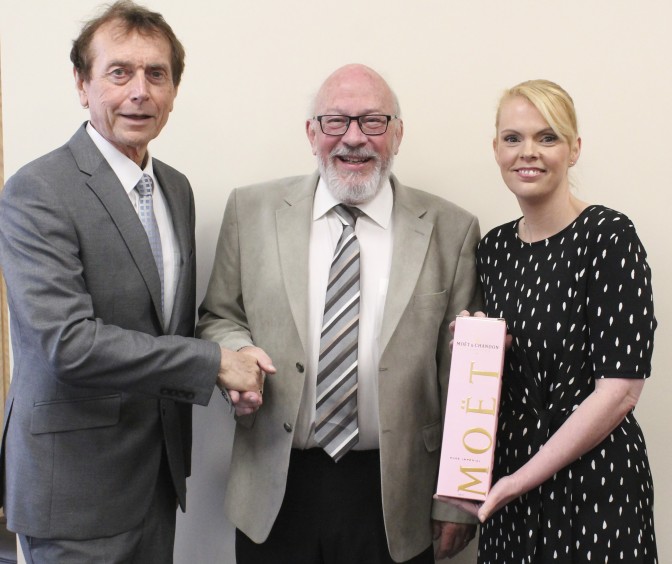 Peter’s family connection with the Goole Times dates back to 1928, when his father became a trainee reporter with the newspaper.

Said Peter: “From an early age, newspapers have been in my blood. My father sometimes took me to the print works behind the Goole Times on a Thursday evening to watch the paper being printed – it used to come out on a Friday in those days – and the noise of the printing press and the smell of the paper and ink were so vivid that they have always been a part of me.”

He added: “My retirement as a director for Chronicle Publications Ltd. Brings to an end a family connection with the Goole Times going back more than 90 years. I wish the company, the staff and the Goole Times and Selby Times every success in the future.”

Peter stood down on Thursday and has been replaced on the board by current editor Jane Rogers, who has worked for the company for two decades and held her current post for nine years.

Said Jane: “I am extremely proud to be joining the board of directors of a company I have worked so long for. I hope to build on Peter’s success and help the company succeed in the future.”

Arthur Walker, chairman of the board, said: “On behalf of the company and the shareholders I would like to thank Peter for all his hard work over the past years, as both editor and director.

“The newspaper and the community owe a lot to Peter and his father. You gave them a newspaper they would have trust in.”