A former regional daily editor has interviewed his football heroes for a new book which will raised money for charity.

North End supporter Keith will donate 10pc of profits made from the book to the Gary Parkinson Trust, which helps former club player Gary Parkinson. 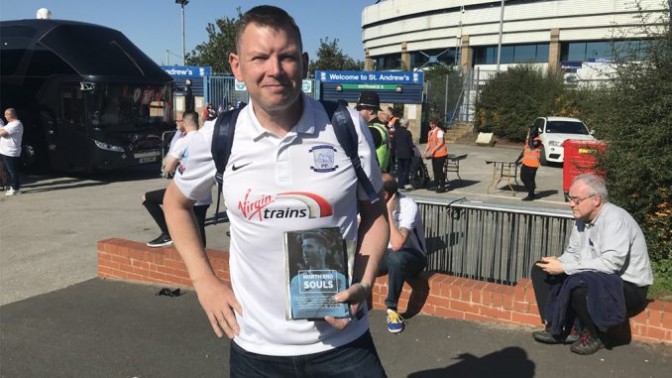 Keith, pictured, spoke to University of Central Lancashire journalism student Tom Rawcliffe about the book in an interview for the UCLan Live news website.

He said: “[Mr Parkinson] requires a lot of care, support and therapy so we’re trying to raise a bit of money for Gary to do anything we can do to help him.

“His son Luke is involved in pushing it through the Gary Parkinson Trust so hopefully we can raise as much money as we can.

“Moyesy (former North End manager David Moyes) describes him as a fantastic player and that he had a right foot like a sledgehammer.”

The book’s foreword is written by TV pundit Mark Lawrenson, who is originally from Preston.

Keith added: “It was a labour of love for me, going round to all of my all-time heroes.

“It’s fantastic [that] people have taken me into their homes and given me two hours of their time to answer anything I asked.

“I’ve been very lucky as a journalist throughout the years. I’ve met the Queen, I’ve met the prime minister but nobody to me is more important than the people I’ve interviewed for this book.”

North End Souls is on sale now for £9.99 at www.northendsouls.com.