A regional daily’s former crime reporter has been fined after he admitted possessing crack cocaine.

Raymond Brown, who until recently worked for the Cambridge News, has been fined after pleading guilty to possessing a class A drug.

He had previously denied the charge and was set to stand trial at court, only to enter a guilty plea at Cambridge Magistrates’ Court, pictured, yesterday.

Representing himself in court, Brown said he was due to go on holiday to Malta when he received a call from his doctor, telling him he had a shadow on his lung on 20 September last year. 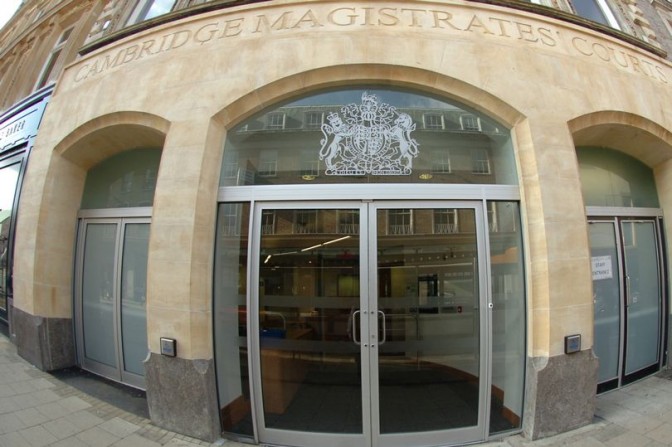 He said: “To get that news was very upsetting.”

When Brown turned around rather than heading to the airport, an argument broke out with his partner and police were called.

They were tested and found to be crack cocaine, totalling 0.83 grams.

Brown had worked for the Cambridge News for the past 11 years and was shortlisted in the EDF Energy East of England Media Awards on several occasions.

Telling the court he cares for his two young sons after the death of his wife, he added: “I admit possessing the drugs but there was no intent on my part to use them.

“It has been horrific for me. I have lost my job now. I have been trying to piece my life back together and I would ask for leniency.”

Brown, 59, of Cambridge, was fined £1,211 for possessing the crack cocaine by chair of the magistrates Sarah Vallance-Goode.

He was also ordered to pay a £121 victim surcharge and court costs to the sum of £400, while Ms Vallance-Goode ordered that the drugs be forfeited and destroyed.