Regional journalists employed under a Facebook-funded scheme have praised a new bespoke course launched to train them.

The journalists began their National Council for the Training of Journalists-accredited studies last week by taking part in the first of three boot camps at Bournemouth, which will be supported by distance learning in their newsrooms.

During the week-long bootcamp the students were taught by a range of lecturers in Bournemouth University’s journalism department and studied essential journalism skills with a strong emphasis on engaging the community and finding under-represented voices on their chosen patches. 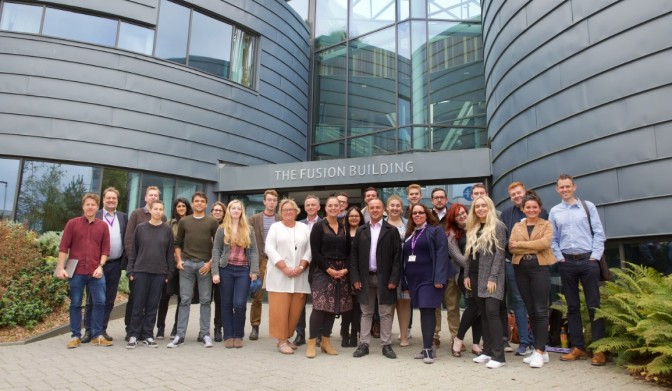 The 18-month training scheme is part of a new partnership between Facebook, The National Council for the Training of Journalists and regional publishers.

Stan Skarzynski, who works for the Oxford Mail under the scheme, said: “Our session at Bournemouth University was perfect, every single bit of it. From the skills-list it is shorthand that was the greatest discovery, as it turned out not difficult.

“It will be incredibly useful tool once mastered, so I really want to have it as soon as possible. On the knowledge side, I look forward to more law and ethics most, as the law session proved that we tend to act safely and do not utilise all the tools we have at our disposal.

“Put simply, there was not a single lesson that did not bring a revelation to me and I cannot wait to see my colleagues and teachers again.”

Steven Collins, of the Worcester News, added: “I found the bespoke course wonderful and it was nice to meet new people in the same role to share tales. The campus facilities were great and it left me with a spring in my step in regards to how close I am to finishing the NCTJ certificate and moving onto the NQJ.”

And Scott Clarke, of the Denbighshire Free Press, said: “The course was really well organised with teaching from leading experienced NCTJ trained journalists, who were friendly and offered advice at every stage.”

More than 80 journalists have been taken on as a result of the Community News Project, which was set up to help regional newsrooms cover under-represented communities better.

Last month Darlington College began training journalists employed in some JPIMedia and Newsquest newsrooms under the scheme, while others will be trained at Bauer Media, Glasgow Caledonian University and Sheffield College.

Miriam Phillips, journalism lecturer and NCTJ lead at Bournemouth University, said: “We were delighted to welcome professional journalists from all over the UK to come to the initial training for their diploma.

“It was also timely that during a lesson for public affairs about the importance of the constitution, the news breaking in the background was the ground-breaking finding of the Supreme Court regarding our Prime Minster suspending parliament.”

She added: “We are thrilled to work alongside the NCTJ to help deliver the pioneering Facebook Community News Project as community reporting is not only at the heart of good journalism, whether locally or on a national title; it is also at the heart of our democracy and has never been so vitally important.”