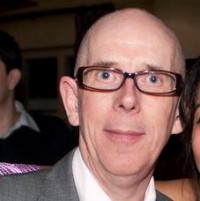 A former weekly editor and regional daily deputy editor who was still teaching journalism students until recently has died aged 69.

Tributes have been paid to Chris Chandler, left, who served as second in command at Brighton daily The Argus and went on to become editor of the company’s weekly Leader series.

More recently, Chris had taught at Brighton Journalist Works and had been due to take a group of trainees to court on Thursday.

However, he was unexpectedly taken to hospital on Tuesday with a brain haemorrhage and, despite having emergency surgery, he died shortly afterwards.

He told The Argus: “I was shocked to find out. He always seemed very fit and he and his wife were very passionate about their ballroom dancing. I was really surprised by the news and deeply saddened.”

“He loved the paper, the paper was his life. In a profession where people come and go a lot he was a rock. He was very fair and always kept his head. If something went wrong he would not go around shouting the place down, he would just remain calm and work to put it right.

“Some editors like the limelight, but Chris wasn’t like that. He preferred to be back in the newsroom doing what he loved.”

She said: “He was a devoted company man, always calm and professional. I never once saw him get riled with anyone.

“He was immaculately turned out – always in a crisp shirt and highly polished shoes. He often performed some of his ballroom dancing moves, sashaying through the newsroom.”

Chris’s funeral will be held at the North Chapel at Woodvale Crematorium, in Brighton, on Friday 26 April.