A regional editorial chief helped raise more than £1,500 for charity after spending the night sleeping at a football stadium.

The event saw fundraisers for homelessness charity The Foxton Centre bed down for one night in the concourses of the club’s Deepdale home ground on Friday.

Ed was joined at the event by Kate Rosindale, co-editor of Blog Preston, the hyperlocal website which he founded and now serves as a non-executive director. 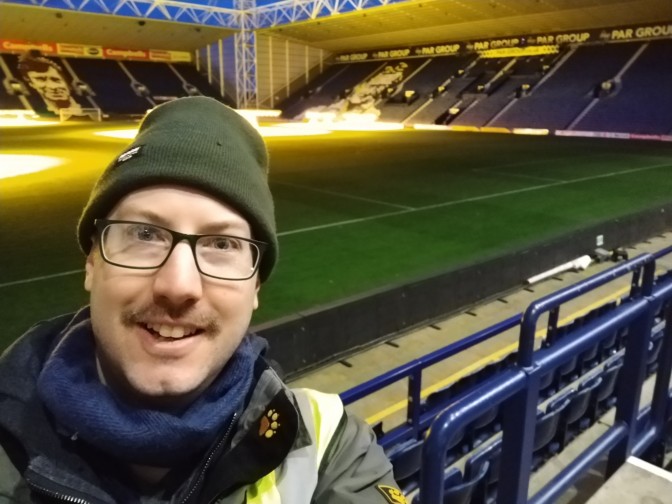 The Blog Preston team raised £1,585 through sponsorship, with more than £50,000 being raised in total by those who took part.

Ed, pictured above at the event, told HTFP: “It was fantastic to see such a great response and support from the city and the club.

“I’m very proud to have been part of the team who helped make this event happen and would like to thank everyone who donated.”