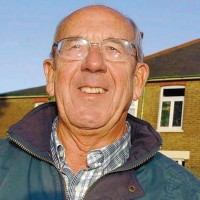 An editor who ran two regional dailies during a career which spanned six different decades has died aged 86.

Tributes have been paid to Jim Worsdale, left, who edited both the Swindon Advertiser and his hometown newspaper The Echo, in Essex.

While at the Echo, Jim successfully campaigned for new cancer-fighting facilities locally, as well as the creation of a hospice and a Peaceful Place for early onset dementia sufferers.

Jim also edited the Hornchurch Echo during a career which saw him work for news organisations in both England and America.

He continued to contribute, report and write features articles and personal opinion columns for the Echo until shortly before his death at Southend Hospital last Wednesday, having been taken ill at his home in Shoebury the previous day.

Peter Owen, Jim’s deputy editor at The Echo, said: “Jim was an editor respected by his large team of around 50 journalists and photographers for his sense of fairness and his ability to connect with his family of readers.

“He was determined to see that wrongs were righted, but never supported gratuitous use of the paper for sensational reasons.

“His style helped the paper to sell more than 70,000 copies a night in its heyday. His writing in the interests of the Southend he loved continued long after his retirement, and he will be sorely missed.”

Jim began his career at the Southend Standard in 1948 as a proof reader’s assistant and general messenger boy, but was indentured as a trainee reporter in 1949 and 1950 after learning shorthand and typing at night school.

He left the Standard in the late 1950s and spent time at the popular periodical Reveille and later at its competitor Titbits, before working as a sub-editor on the Daily Express sports desk and launching a small weekly paper in Hadleigh, Essex.

The 1960s saw him become a freelance correspondent for Copley News Service in San Diego, California, and he and his family moved to Florida where he became a copy editor on the Miami Daily News.

Upon his return to England, he had spells editing “girlie” magazines Parade and Carnival, where he staged many events featuring the scantily dressed models who were at that time famous on TV’s Benny Hill Show.

Jim then took on the Hornchurch paper before returning to Southend as deputy editor on The Echo, before Westminster Press group editorial director Nick Herbert moved him to edit the Swindon Evening Advertiser.

A further switch saw him return to Southend as editor, where he remained until retiring in 1992 following a heart attack.

Jim is survived by wife Beryl, who he married on Christmas Day 1953, sons Alan and Paul, grandchildren Emma, Katie, Adam and Amy, and great-grandchildren Mary and Molly.

Beryl told The Echo: “Jim was a fun person who was always full of life – always singing and drumming to music on the table with fingers.  He was a kind caring man, loved all his grandchildren.”