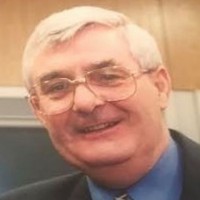 A district reporter who served a regional daily for more than 40 years has died aged 72.

Tributes have been paid to Matt Casey, left, who worked for Newcastle-based daily The Chronicle for most of his career, aside from a stint sub-editing on Kenya’s Daily Nation between 1977 and 1978.

During his time on The Chronicle, Matt was a district reporter based primarily in Washington, then Durham and Gateshead.

Matt left the newspaper at the age of 62 and spent six months in the Durham Constabulary press office, later becoming a freelance court reporter before a heart attack prompted his retirement in 2010.

Former Chronicle editor Paul Robertson told the paper: “Matt was a popular journalist and was particularly well-known in the Washington area – covering the town and the south of the region for many years.

“He was always keen to pass on his wisdom to younger reporters and ensured Chronicle readers were kept up to speed with everything going on in his patch. My thoughts are with his family, friends and former colleagues.”

Matt, from Washington, had wanted to be a reporter from the age of 14 when he won a competition which included a trip around the Daily Mirror offices and the House of Commons.

He joined the Chronicle’s circulation department at the age of 17, starting as a trainee reporter six months later, and switching to a sub-editor role aged 26.

Chronicle reporter Lisa Hutchinson, who worked with Matt for around 20 years, said: “Matt was a brilliant writer and had a beautiful turn of phrase. My first encounter with him was when I was a rookie reporter and read a travel piece he did about going to a golf resort on a press trip with his wife Millie for their wedding anniversary.

“It was so funny it made me cry with laughter. I just had to ring him up and congratulate him on a piece that was so well written. From that day on, we hit it off. We ended up working together and became friends.

“I was in the South Shields district office and Matt was based at Washington and worked from home. Each Friday he would call the Chronicle newsdesk and say he and I were in conference so not to disturb us. Really we would be in his back garden having tea and cakes with Millie, discussing our future stories for the following week.

“He was passionate about his work and, although he was a lovable character, he found no problem arguing his point with the newsdesk. Matt had a big personality. He would laugh, was charismatic, caring, but was passionate about his work and fought for what he thought was right – and I loved him for it. He will be sadly missed by us at the Chronicle.”

Matt had suffered from chronic obstructive pulmonary disease and battled with pneumonia. He died in Sunderland Royal Hospital on Tuesday 16 July.

His widow Millie, 71, told The Chronicle: “I have lost my best friend. He was very sociable, he loved a pint and going to the pub with his friends. He liked his holidays and was always happy. But then he would argue his corner to fight what was right for his work.”

Millie added: “His grandkids were the apple of his eye, he absolutely loved them. He loved journalism but then his grandchildren took over his life when he retired.”