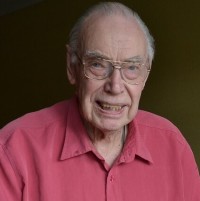 A district chief reporter who spent more than 40 years in journalism has died aged 89.

Tributes have been paid to Frank Fuller, pictured, who was for many years the Shropshire Star’s chief reporter in Market Drayton.

Frank had written for the Star since it was launched in 1964, and also spent time working for titles including the Wellington Journal, Shrewsbury News and North Shropshire Journal.

His career had begun at the age of 16, and he worked until his diabetes caused him to retire on health grounds aged 57.

His nephew Joe Fuller told the Star: “I know that Frank took enormous pride in his career as a journalist at the Shropshire Star and held a great allegiance to not only the paper but to the area and the people it serves.

“Since his early retirement he took an active interest in the community and was involved with the local Rotary club and Probus.

“He would still describe himself to me as ‘Journalist, Shropshire Star (retired)’ and said that he would love to see, but never would, an obituary covering some of his working life with the heading: Frank Richard Fuller Pegged Out On…”

Frank was born in Ipswich and brought up in Wellington, Shropshire, where he joined the Journal as a junior reporter in 1946.

His career was interrupted for two years when he was called up to serve in the Royal Army Service Corps as a clerk and secretary, but he progressed to take on responsibility for the Newport area on his return to the paper.

In December 1957, Frank was appointed reporter in charge at Market Drayton, a post he held when the paper became the North Shropshire Journal.

He contributed to the first copy of the Shropshire Star at its launch in October 1964, and continued to supply stories for both papers until he was transferred to work full-time for the evening paper.

Reflecting on his career, he said: “There is one thing that hasn’t changed despite all the modern technology – we can’t replace the good reporter with a notebook, no matter what anybody says.”

Frank is survived by his wife Shirley, and his stepchildren Tim Yates and Penny Andrews.

Frank’s funeral is at Telford crematorium on 11 November at 12.30pm.