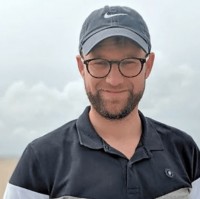 A brand designer at an independent publisher saved a mother who was believed she was a “goner” after being swept out to sea while on holiday.

Adam Pettitt, left, who works for the Midland News Association, swam to the woman’s aid after noticing her struggling of the coast of Barmouth, North Wales.

Adam, 38, was on the beach with his wife Cheryl, 40, and three-year-old son Oscar when he saw the swimmer in difficulty with her son, who is believed to be around 15.

The pair were on inflatable rubber rings, and Adam noticed the boy waving his hands and shouting for help.

Adam, from Telford, told the Shropshire Star: “The sea was really rough. My son was with me so I got a woman to take him back to my wife, and then my gut reaction was to jump in.

“She was about 25 yards out. The waves were huge and there was a strong undercurrent.

“When I got up to her and grabbed hold of her she almost had no energy whatsoever. She was exhausted.” 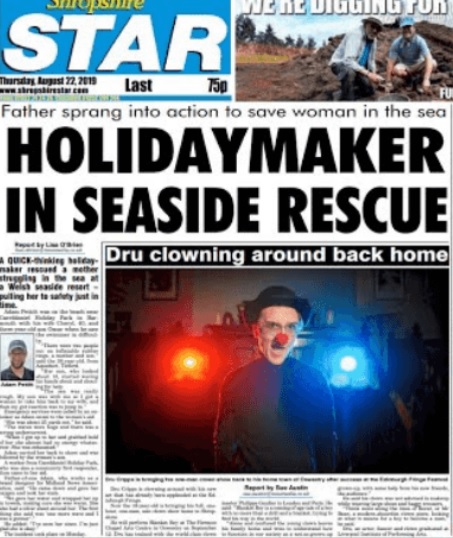 The Shropshire Star splashed on the story on Thursday

Adam carried her back to shore and was followed by the woman’s son.

A worker from nearby Caerddaniel Holiday Park, who was also a community first responder, then came to her aid.

Adam, whose role is based in Wolverhampton, said: “He came down and gave her oxygen and took her stats. We gave her water and wrapped her up in towels, making sure she was warm.

“She also had a silver sheet around her. The first thing she said was ‘one more wave and I was a goner.'”