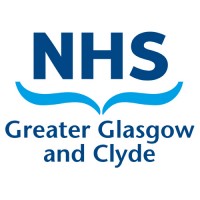 The National Health Service complained to the press watchdog about a daily newspaper’s inaccurate reporting over a press release it had issued.

The Daily Record reported a woman was “fighting for [her] life after becoming the latest patient to contract a deadly hospital infection”, adding her family “said they only learned of the latest infection from the hospital’s website” in relation to a press release posted online.

But this claim, which was later repeated in a follow-up story, prompted NHS Greater Glasgow and Clyde to complain to the Independent Press Standards Organisation.

Following the complaint, the Glasgow-based Record accepted that the allegation had been published in error.

Complaining under Clause 1 (Accuracy) of the Editors’ Code of Practice, the NHS said that it had explained to the Record, prior to the first article being published, that the family had first been told that the woman had a fungal infection on 15 January, and that subsequently, on 21 January – the day before the press release was issued – a consultant had spoken to the family again and informed them of the type of the infection.

It added it had also provided the Record with a copy of the press release, which did not give any information that identified any patients or mention the type of the infection.

In response, the Record said that the family may have been informed in passing about the infection prior to the press, but if so, this was a fleeting mention, and their impression was that this was of no consequence.

It added it was accurate to state that the family had found out about the severity of the infection from information released by the NHS before they were officially told themselves, adding it had a recording of the family saying that they only knew the extent of the fungal infection, and how deadly it was, after the information was released to the press.

IPSO launched an investigation into the matter, but it was resolved after the Record offered to publish a correction.

No adjudication on breach of Code was made, and the full resolution statement can be read here.