A regional daily has reunited a man who fears he is dying with a Babestation model he wants to leave money to in his will.

Thomas Weir got in touch with the Bristol Post and its Bristol Live sister website in a bid to track down a model known as “Laura Jones”, who he used to speak to via the TV sex line in 2010.

Mr Weir told Bristol Live how he feared he did not have long left to live after suffering for years with debilitating diabetes and an MRSA infection, and wanted up to £20,000 in his bank account to go to Laura, who told him she was from Bristol when they used to speak on the phone in 2010.

After the 50-year-old’s appeal was published, the model got in touch with Post reporter Emma Grimshaw to say she would be happy to speak to Mr Weir again. 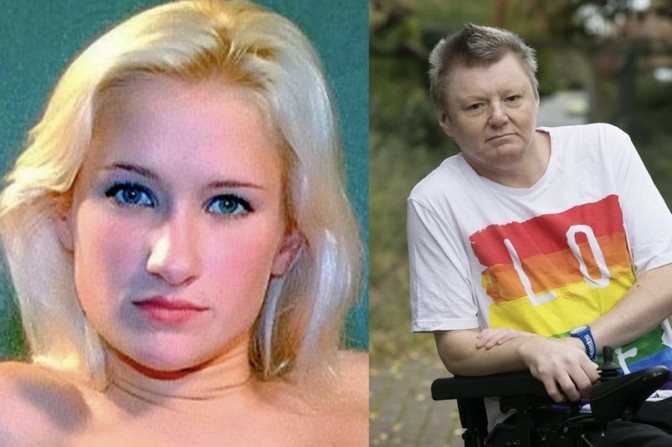 From left: The model known as ‘Laura Jones’ and Thomas Weir

Laura stopped working for Babestation around six years ago before she got married, and now lives in Berkshire.

She was initially reluctant to take the cash, but the Daily Record has since reported she may reconsider the offer.

Mr Weir, who has also had one leg amputated, told the Record: “When Laura said ‘hello’ down the phone I was shell shocked.

“We had the most amazing conversation that lasted over two and half hours. She’s just so lovely.”

He added: “Laura explained that she wasn’t comfortable with having the money. She suggested I use it for a bucket list, but you can hardly do things like jump out of a plane with one leg.

“She then came up with the idea of drum lessons as she knew I used to play, but I’ve had lessons before. If she took the money in the end she asked if it would be okay for it to go towards her young children as well as clothes and lingerie for her modelling career.

“Nothing is set in stone but she is the most beautiful person and I want her to have it.”

Emma told HTFP: “I’m really pleased the appeal worked and he was reunited with her. He was a really nice man and he’s had quite a hard life so it was nice to be able to help him.”