A city daily has launched a new bid to tackle bad bus drivers on its patch.

The Glasgow Evening Times has started its ‘Busted’ campaign, to get bus companies to tackle drivers who run red lights and ignore road signals.

The drive has already won the backing of two companies running services in Glasgow, First Bus and Stagecoach, who have pledged to launch internal investigations into the issue.

But McGill’s Buses, which operates more than 100 routes across Greater Glasgow, has declined to back the Evening Times despite being shown images and videos of their drivers skipping red lights by the newspaper. 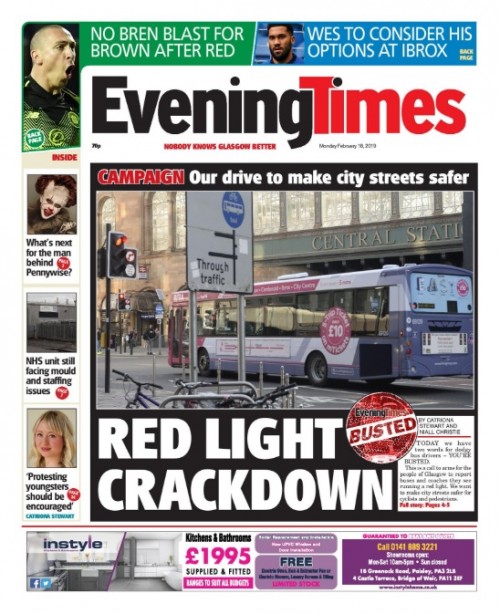 The company said it would rather “forget” the campaign, but added it does plan to “look into” specific instances highlighted by the newspaper.

In a piece announcing the campaign’s launch, the Evening Times said: “Busted is our call for bus bosses to say ‘enough is enough’ and crack down on dangerous driving.

“As our images show, bus drivers are taking risks by jumping red lights – and putting pedestrians at risk.

“Of course, the vast majority of bus drivers in Scotland are conscientious, safe motorists. But the small minority of rogue bus and coach drivers are making the streets unsafe.

“The Evening Times is calling for an end to dangerous, inconsiderate driving on our public transport.”