Regional daily journalists have been experimenting with data sensors in order to help with weather-related stories.

The Manchester Evening News has been working with the University of Central Lancashire to develop the sensors, which measure environmental data.

The project has been funded by Google’s Digital News Initiative, with prototypes being developed for use by the university.

The initial two prototypes, pictured, which have now been delivered to the MEN’s newsroom, measure metrics such as temperature, humidity and also the levels of pollution. 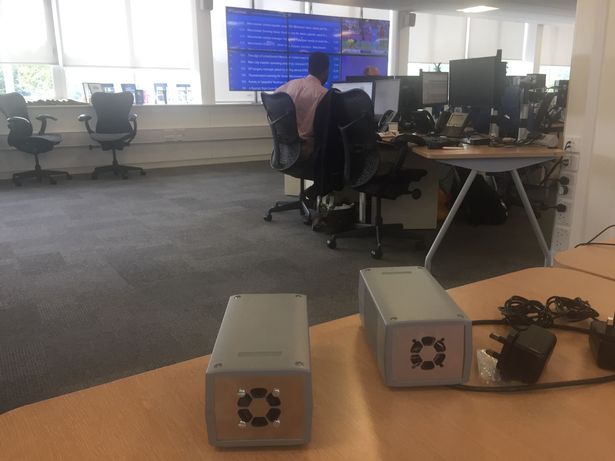 In a piece about the project, Paul Gallagher, digital innovations editor at Reach plc’s regional titles, wrote: “Tests are planned over the summer to gather information about the living conditions experienced in Manchester during hot weather spells.

“Another idea developed under the project, which is titled Sensemaker, was to analyse video footage of people on the streets of Manchester and extract information about the colour of the clothes they are wearing.

“This was tested on [June’s] Manchester Day Parade where video of the crowds was converted to produce the ‘Colour of Manchester’.

“Journalists will now look at more stories which can be reported using data from the sensors.”