Journalist who was chief reporter for 36 years loses cancer fight 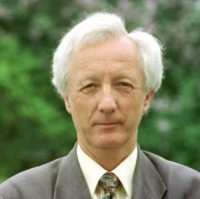 A regional daily journalist who served as a district chief reporter for 36 years has died aged 77.

East Anglian Daily Times journalist Alan Cocksedge, pictured, covered the town of Sudbury for a total of 44 years, before his retirement in 2002.

During his time with the EADT, Alan landed a world exclusive when he was the only reporter present as John Lennon and Yoko Ono filmed a hot air balloon ascent from Lavenham, Suffolk, in December 1969.

Alan had recently fought cancer and wrote his own obituary for the EADT, which the newspaper has now published.

In it, he noted: “He valued quality of life above being promoted to Ipswich office, and self-retired at 60, rather than work another five years for his full pension.

“During his career, he realised that if he ran an efficient, tight ship he would be left alone. His visits to headquarters were rare, and for some time a notice board in Ipswich showed a picture of an emergency worker in a nuclear-proof uniform. The caption stated ‘Alan Cocksedge visiting head office.'”

“He hoped to be remembered, possibly over-optimistically, as a person of ideas, and a positive, loyal individual.

“His cricketing days had been renowned for his reluctance to give his wicket away, and this followed him into recent years, when he showed a straight bat to hit cancer for six for as long as possible.”

Born in Cockfield, Suffolk, in 1942, Alan moved to Sudbury at the age of six with his mother when his parents divorced.

He played cricket for Suffolk at under-16 level, and joined the Suffolk Free Press as a trainee reporter aged 16.

At 24 he married his wife Carolyn and also joined the Sudbury office of the EADT as chief reporter, and stayed until retiring 36 years later.

Away from the EADT, he wrote a book about the history of Sudbury Cricket Club.

The family is holding a celebration of his life at AFC Sudbury, Brundon Lane, CO10 7HN, on Monday 16 December at 2.30pm.