A regional daily has warned readers of the dangers of placing bags on their heads after a fraudster did so in a bid to escape its cameras.

Sharon Kent sported a blue Aldi shopping bag on her head as she left Bristol Crown Court after noticing a Bristol Post reporter outside.

Kent had been handed an 11-month prison sentence, suspended for 18 months, after pleading guilty to fraud and furnishing false information.

The 50-year-old former company director had swindled some £50,000 in benefits when she continued to draw employment support allowance while receiving share dividends from a company she ran with her ex-husband. 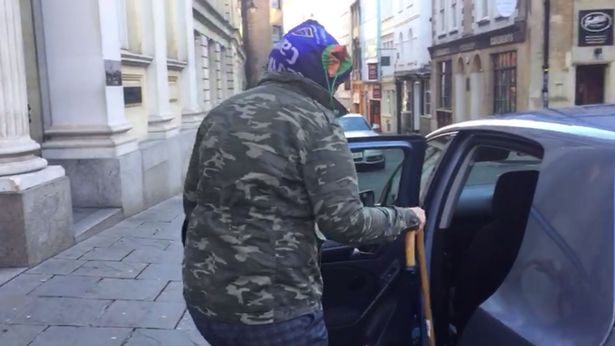 Her attempt to leave court while wearing the makeshift disguise was filmed and posted on the Post’s Bristol Live sister website.

A footnote accompanying the piece read: “Bristol Live would like to remind readers that it is inadvisable to place plastic bags over their heads in case of accidental suffocation.”

Adrian Chaplin, prosecuting, had told the court Kent claimed benefit without disclosing her share dividends and was over-paid by just under £48,000.

The Recorder of Bristol His Honour Judge Peter Blair QC made an order under the Proceeds of Crime Act for her to pay off the balance of her ill-gotten gains after it was revealed she had paid back £14,700 so far.

Emily Evans, defending, said her client ended a difficult relationship of some 20 years and had struggled to make ends meet after the marriage split.

She also suffered a series of bereavements in 2015, which included her father and uncle, as well as health problems.

Ms Evans said: “She was struggling to cope and perhaps not in the right frame of mind.

“This is a lady who has made a significant mistake in a very difficult period of her life which she is entirely remorseful about.”