A daily newspaper has celebrated 150 years in business with a special supplement looking back on its history.

The Cardiff-based Western Mail was first published on 1 May 1869, and has since been presided over by 16 different editors.

The Mail, now owned by Reach plc, marked the milestone with an eight-page pullout, which is free inside today’s edition.

Catrin Pascoe, who in 2016 became the first woman to edit the title, said in an editorial that the paper had “been at the very heart of Welsh life” since its foundation. 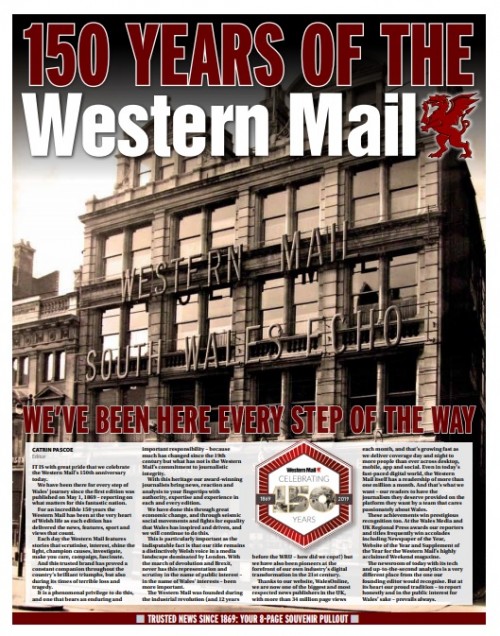 She added: “Each day the Western Mail features stories that scrutinise, interest, shine the light, champion causes, investigate, make you care, campaign, fascinate. And this trusted brand has proved a constant companion – throughout the country’s brilliant triumphs but also during its times of such terrible loss and tragedy.

“It is a phenomenal privilege to do this and one that bears an enduring and important responsibility – because much has changed since the 19th century but what has not is the Western Mail’s commitment to journalistic integrity.

“With this heritage our award-winning journalists bring news, reaction, analysis and reaction to your fingertips with authority, expertise and experience in each and every edition. We have done this through great economic change, and through seismic social movements and fights for equality that Wales has inspired and driven, and we will continue to do this.

“This is particularly important as the indisputable fact is that our title remains a distinctively Welsh voice in a media landscape dominated by London. With the march of devolution and Brexit, never has this representation and scrutiny in the name of public interest – in the name of Wales’ interests – been more important.”

Catrin went on to pay tribute to the Mail’s digital arm Wales Online, saying it allowed readers “to have the journalism they deserve provided on the platform they want by a team that cares passionately about Wales”.

She added: “The newsroom of today with its tech and up-to-the-second analytics is a very different place to the one our founding editor would recognise. But at its heart our proud tradition – to report honestly and in the public interest for Wales’ sake – prevails always.”

Today’s edition also included reproductions of the first-ever front page from 1 May 1869, a photograph of its original building in Cardiff’s St Mary’s Street and a montage of all 16 of the title’s editors.  All can be seen below.

As well as Catrin, other recent editors include Alan Edmunds, now regional editorial director for Reach, and Neil Fowler, who took on his fourth regional editorship when he moved to the Mail in 1994. 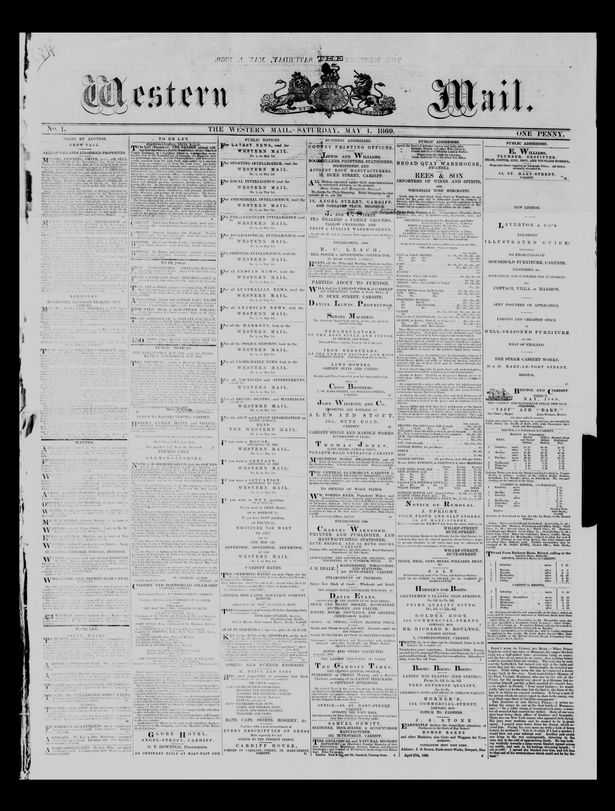 The first-ever front page of the Western Mail from 1 May 1869. 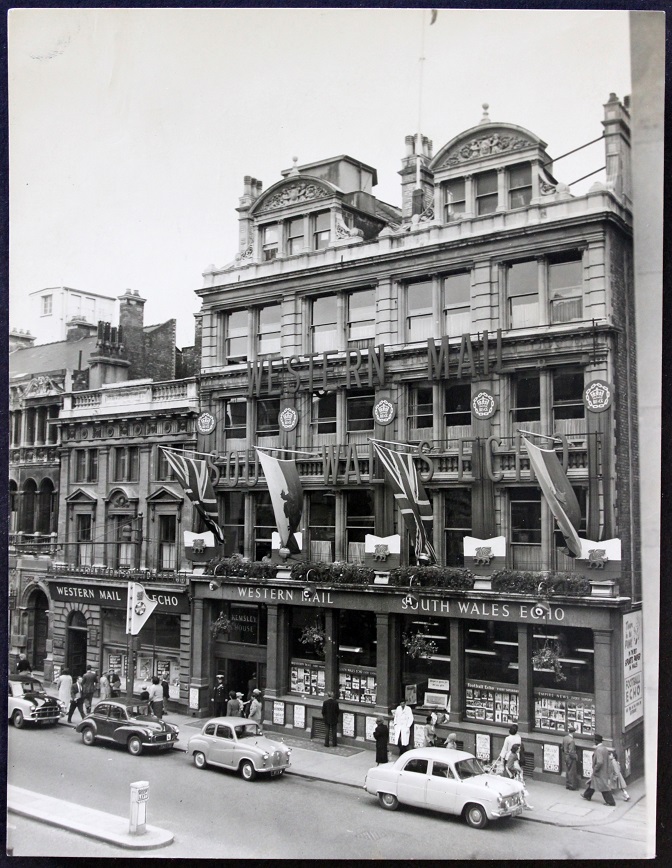 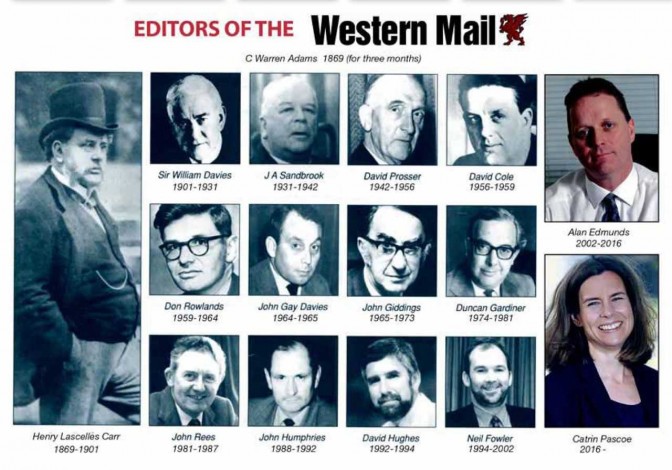 All 16 editors of the Western Mail, from Henry Lascelles Carr to Catrin Pascoe