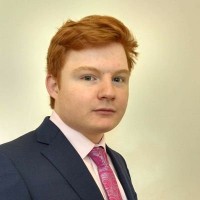 A woman ripped up a regional daily journalist’s notepad after demanding he delete a snatch photograph of her outside a courtroom.

Toni Knight seized the notepad from Derby Telegraph crime reporter Tom Bokros, pictured, after he took a picture of her outside Southern Derbyshire Magistrates’ Court, where she had pleaded guilty to a charge of sending an offensive communication.

Knight, 29, threatened to call 999 after Tom refused to delete the photo, before sneaking up behind him and taking the pad “hostage”, later ripping pages from it.

Police arrived at the scene and returned the notebook to Tom, who declined to press charges.

Knight, from Ilkeston, had admitted the charge after carving the word “whore” into her arm and sending a photo of it from her phone to her boyfriend, who she believed was being dishonest.

Tom told HTFP: “It was going to be a good story, and quite an emotive piece. I had sympathy for her because she listed off a whole string of mental problems that she had in court, and her boyfriend didn’t support the prosecution, even though he was supposed to be the victim.

“I was stood outside court and took a snatch picture of her as she left mags. She instantly questioned me and started telling me to delete it. I responded that I couldn’t do that as it’s my job to report what goes on in court, and she threatened to call 999.

“I essentially said ‘do what you like’. I started walking off back towards the office, but she started following me while still on the phone. She started accusing me of laughing at her and called me a monster, scum and ‘basically a rapist’. I obviously denied these, more to reassure the startled onlookers than to convince her because she was clearly in great distress. It was absolutely surreal.”

At this point, Knight took the pad from Tom.

He said: “I turned around and walked towards her and told her that she can’t do that, it’s illegal. She then started to explain to me how what I was doing was illegal, and that I had to delete the picture or she was going to get me fired.

“At this point, I wasn’t prepared to brawl in the streets with this woman to wrestle my notepad back from her, but she was ripping pages out in front of me. It was a hostage situation, and I waited for the police to arrive because the more I spoke to this woman, the more she was going to rip out from my notepad.

“Some city rangers arrived and we recognised each other, and they tried to calm her down to no avail. Then the cops showed up with their blue flashing lights on and somehow convinced her to hand over my notepad. Bravo to them.”

Stephen Flint, prosecuting, had told the court Knight’s boyfriend had called the police after the messages were sent following an argument over him visiting his children form a previous relationship.

Mr Flint mentioned that Knight’s boyfriend still cares for her and is concerned that she has mental health issues, adding: “He has issued a retraction statement. He does not support the prosecution and does not want anything to happen to the defendant. But he did show officers the photo that she sent to him.”

Knight, defending herself, told the court: “I had been self-harming all that week.

“Sometimes when I sent [images] it was more that people kept on talking about us and I didn’t want people talking and thinking that he had done it to me. I sent him images of the bruising so that he could say that it wasn’t him.”