A legendary comedian has been granted the “freedom” of a regional daily after being unveiled as the greatest ever person from its patch following a public poll.

Sir Billy Connolly has been revealed as the “runaway winner” in the Greatest Glaswegian contest, run by the Glasgow Evening Times.

Sir Billy beat off competition from 99 other contenders put forward for the vote. 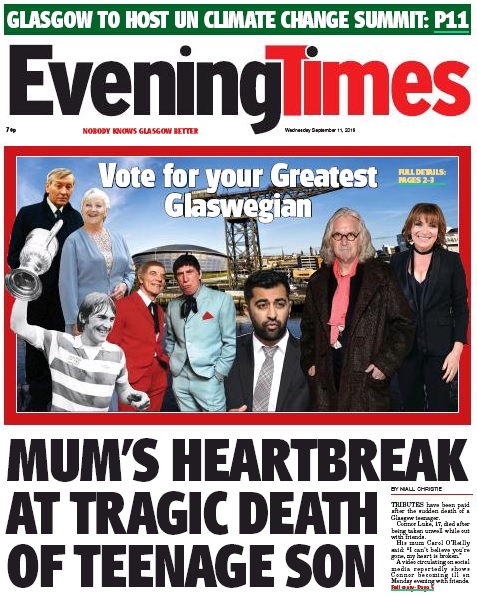 Newsquest Scotland editor-in-chief Donald Martin said: “We had a fantastic response to our celebration of the men and women who have put Glasgow on the map and Billy Connolly is a very worthy winner of the title, Greatest Glaswegian.

“To Sir Billy, who already has Freedom of the City of Glasgow, we’d like to send a message of congratulations and the ‘freedom of the Evening Times’.

“We would be delighted to offer him a copy every time he is back in his home city.”