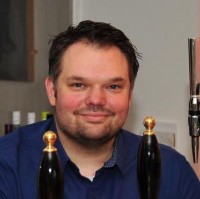 A business owner has had his complaint about alleged harassment by a regional daily journalist thrown out after failing to provide any evidence to substantiate his claim.

Mychajlo Hajewskyj, left, complained to the Independent Press Standards Organisation about the Lancashire Telegraph, claiming he had been contacted dozens of times in relation to seven separate stories about his restaurant published over the course of 10 months.

Mr Hajewskyj also claimed the number of articles written by the Telegraph about the business, which had faced difficulties and continued to be involved in various legal and contractual disputes after its closure, constituted harassment in itself.

But IPSO found in favour of the Blackburn-based daily after an investigation, saying he had not provided any information to verify his account of the contact he had received from a Telegraph journalist.

Complaining under Clause 3 (Harassment) of the Editors’ Code of Practice, Mr Hajewskyj said that the journalist contacted him approximately between eight and 12 times in relation to each article, and asked for business updates between articles.

He claimed his request to desist contact following the publication of the third story under complaint had not been adhered to, adding he had blocked the reporter’s phone numbers, but was unable to provide any phone records or screenshots which demonstrated the nature or extent of this contact.

Mr Hajewskyj also said that the number of articles written about his business was excessive and constituted harassment, and had had a negative impact on him and his family.

Denying a breach of Code, the Telegraph said its reporter had contacted Mr Hajewskyj two or three times per story, and did not contact him at all in relation to two articles published online on 23 October last year.

The newspaper said that it was important to give him the right of reply on serious matters relating to his business and noted that he had provided a comment for one of the stories under complaint.

It did not accept that Mr Hajewskyj had issued any request to desist, saying the journalist in question was experienced at recognising such requests, and had one been made, he would have reported this to the news desk and would not have continued to contact the complainant.

Instead, the Telegraph claimed Mr Hajewskyj would tell the reporter that he was busy or would speak at a different time, and that this was what prompted the reporter to keep calling him.

Nevertheless, it said that it was happy to respect his wishes not to be contacted for future stories.

IPSO found there no written record or similar of such a request being made, meaning it was unable to reconcile the differing accounts on this point and thus could not find that there had been any failure to respect a request to desist.

Mr Hajewskyj had not provided any information to verify his account of the contact, such as call or text records, in relation to calls he alleged were recent and frequent, while IPSO also noted publications have the freedom to select which subjects to cover and articles to publish.