A BBC live web feed which features links to regional press stories is set to be scrapped this year.

The corporation has confirmed it is set to replace the ‘Local Live’ feed on the regional pages of its news website during 2019.

HTFP reported in 2014 how the BBC had introduced the content-sharing deal on a pilot basis, with links to stories from newspapers in Yorkshire and the North-East of England appearing on the BBC’s web feeds for those regions.

The scheme was introduced across England the following year. 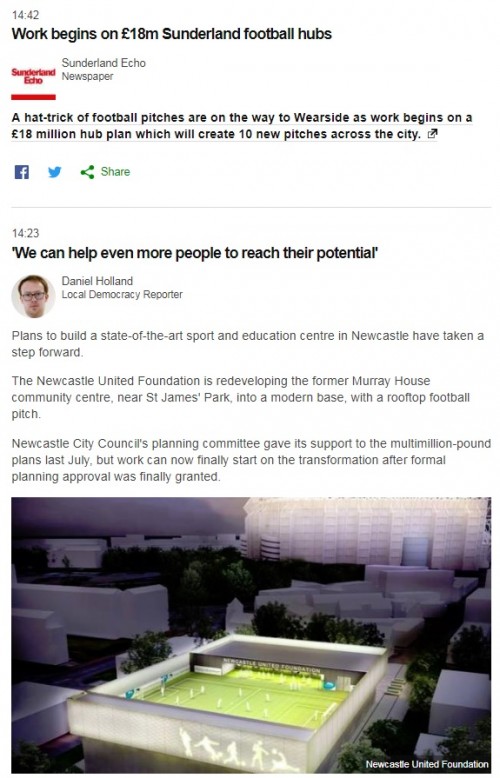 A pilot project, again being tested in the North-East by the BBC, is set to replace Local Live, and it is likely links to external websites will continue to appear as part of the new service.

The BBC will also continue to provide external links at the bottom of stories on its site, a feature which HTFP understands currently accounts for more traffic being directed to regional press websites than the Local Live feeds.

Since Local Live’s launch, the corporation has partnered with the regional press industry in launching the Local Democracy Reporting Service, which has seen journalists employed across the country to cover local authorities.

A BBC spokesman said: “We’re improving how we provide news to local and regional audiences across England to ensure our digital offer is as effective as it can be.

“We provide significant support to the local news sector and will continue to direct users to trusted external news websites.”