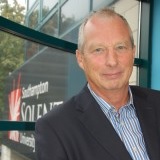 An interesting contribution from The Guardian to the ongoing debate about where journalism education could or should be heading argued that ‘video and data skills have changed the face of journalism’ and universities must keep pace.

In a piece headlined ‘Media reboot: the real story is the rise of data’, Paul Bradshaw, who heads up the postgrad courses in data journalism and multiplatform and mobile journalism at Birmingham City University was quoted: “We struggle to meet demand from employers wanting students who can analyse data. All news organisations are expanding in this area.”

Paul, a long-time standard bearer for teaching the latest technological innovations, cites a Birmingham story about a planned rise in police patrols and stop and search after a spate of knife crime incidents. Journalists used data to determine which areas of the city were most subjected to stop and search. They then supplemented this with traditional reporting, by speaking to the communities affected, to give context, the Guardian reported.

Hurrah for Paul and especially his last observation – speaking to the communities affected – which should also capture the attention of both academics and industry. My doctoral research into the changing nature of editorial leadership tells a different story about the impact of data journalism in UK regional and weekly paper newsrooms.

In my 25 years teaching journalism I’ve found students to be a conscientious yet uncontentious bunch, happiest copying a quote from an online handout rather that actually having to speak to someone, either on the phone or, God forbid, in person. Hacking around on a computer for stories is just up their street.

New recruits are technically fantastic, one editorial director told me for my PhD research. “But I’m often disappointed they don’t have that innate love of breaking a news story; they don’t get that excitement from something breaking. They can craft it for you, they can give you a lovely edited video package, but do they have the love?”

Another reflected: “I see sometimes where people are jumping up and down because they’ve done a bit of 360-degree video and it’s like yeah okay but…you’ve spelled somebody’s name wrong in the intro. Don’t lose sight of the basics and don’t let the technology dictate the story, let the story dictate how you use technology.”

Perhaps the universities are trying a bit too hard. “One of the things you get at university is usually state of the art equipment. Sometimes people come to us and they finish up working in an office which has still got an outside toilet and old equipment, and you can see the shock in their faces,” said another editor.

And key skills when recruiting? “We’ve met people who are really good at social media but are terrified to pick up the phone,” said another editorial director who has responsibility for hundreds of journalists. “Verbal communication is a core skill as well so as being able to use all these digital skills, so I look for passion and a hunger and then excitement about why they want to come in the job. I think the rest we can just about teach.”

Don’t get me wrong. I love it that uni course directors are continually updating their offer. And I know that a job in the regional press is not what everyone is aiming for. But I desperately hope we do not lose sight of those traditional skills of finding people who have something worthwhile to say and getting them to talk about it.

Perhaps last word should go to Simon Hinde, programme director of journalism and publishing at the London College of Communication, who is also quoted in The Guardian, saying: “The key thing is to allow students to develop their own authentic voice. Nobody knows what jobs today’s postgraduates will be doing in 10 years’ time.”

This piece was originally published on Alan’s personal blog, which can be found here.