A regional daily has been absolved of any wrongdoing by the press watchdog after publishing a picture of a 13-year-old football pitch invader on its front page.

The News, Portsmouth, included an image of the teenager as part of a police appeal to help identify 30 spectators who reportedly “ran across the pitch aggressively” at a match between Portsmouth FC and Oldham Athletic.

Gillian Perrin, the mother of the boy in question, claimed the publication of her son’s image without her consent breached the Editor’s Code of Practice on  and caused “great distress” to them both.

But the Independent Press Standards Organisation found that by publishing the image The News had acted in the public interest by assisting the police with their inquiry. 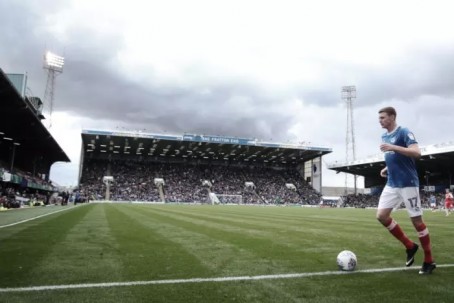 In her complaint to IPSO under Clause 6 (Children) of the Code, Ms Perrin provided a copy of a letter received from the police which stated that her son had “been identified from CCTV footage as being part of… these incidents”.

It also outlined that the police would not prosecute the boy for his involvement in the incident, but that it would take steps proportionate to his age and lack of previous convictions.

Denying a breach of Code, The News said that the images were published in good faith, as part of an ongoing police inquiry into a serious crime, having initially been contacted by the police press office about the possibility of running a story.

Given the nature of the appeal, The News was not made aware of the names or ages of the individuals pictured and so was not able to carry out the usual checks prior to publication.

Following publication, the police informed the newspaper once any pictured individual had been successfully identified and requested that their images were pixellated in the online article.

The News said that although it could not have considered the complainant’s son’s age prior to the publication of his image, its publication was justified in the public interest, in line with detecting or exposing crime or serious impropriety, but it nonetheless offered to publish a follow-up article which would outline that he had cooperated with the police investigation.

IPSO found there was an exceptional public interest in publishing the boy’s photograph, but welcomed the decision to swiftly remove the complainant’s son’s photograph when the police confirmed that he had been identified.

The Committee noted that editors should be vigilant regarding the ages of photograph subjects to prevent an inadvertent breach of Clause 6.