A sex offence victim has thanked a regional daily after waiving her right to anonymity and speaking out against her abuser father in the newspaper.

Natasha Mina told the Leicester Mercury how she had “regained the power” after standing up in court and confronting Peter Wilson, who was found guilty of 10 indecent assault offences against her and three other children.

Ms Mina, pictured, was approached by Mercury court reporter Suzy Gibson after reading out a personal impact statement in front of 59-year-old Wilson, who was sentenced at Leicester Crown Court to 12 years in prison.

The 27-year-old had been applauded by the public gallery after reading out her statement, and Suzy told HTFP she needed “no persuading” to take her message to a wider audience. 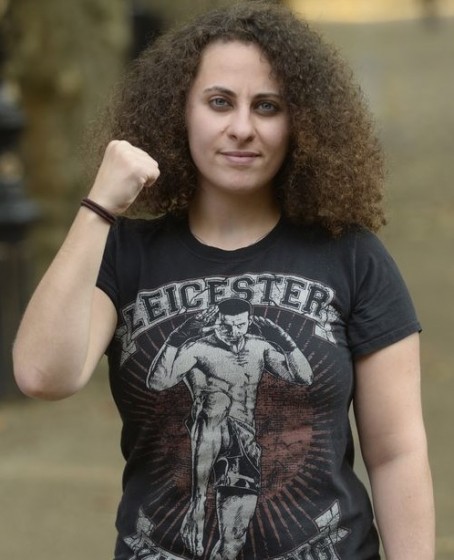 Said Suzy: “It isn’t often the court’s public gallery erupts with loud applause following a victim impact statement, but that’s what happened in this case. Afterwards, I interviewed Natasha in the press room at the court.

“I explained if she wanted her name in the public domain, she’d have to sign a waiver of anonymity under the Sexual Offences (Amendment) Act 1992. She readily agreed to sign the form, which allowed her name to be used, along with consent for her story and photographs to be published by Reach’s publications and websites.

“She was very positive about the whole process, despite the emotional roller coaster of the court case which involved her giving evidence at trial and also having addressed him in the dock, as he avoided her gaze.”

Suzy then recorded a video interview with Ms Mina for the Mercury’s sister website Leicestershire Live.

She added: “Because I’d been so deeply moved by the victim impact statement she read out to her father in court, it suddenly occurred to me she might agree to come to the Leicester Mercury office to record a re-run of her statement – and she agreed to do that. Then I did another short video interview, asking her about her decision to waive her anonymity, which we also ran with the story.

“She also agreed to have several photographs taken by Andy Baker, our picture editor. Natasha was courageous and brave to step into the limelight. She is a feisty kickboxing instructor – so also I took the opportunity of getting a few snaps of her posing kickboxing style outside the court.

“She was in an upbeat mood, so it did not seem inappropriate to ask for some victory-style poses – in fact she seemed empowered by it.”

Natasha, who has a law degree and is an ambassador for Sport England’s This Girl Can campaign in Leicestershire and Rutland, described the jury’s verdict and Wilson’s subsequent sentencing as “the end of a long journey to justice”.

Suzy said: “She is used to promoting good causes. She felt that by speaking out she may be able to help other abuse sufferers to realise their dreams, and to lead by example. Her message was that whatever had happened to them it was not their fault and the blame was entirely their abusers’ responsibility.

“In many ways, Natasha was a journalist’s dream person to interview, she knew the message she wanted to get across and we worked together to do it in a really impactful way. After publication she sent me a message of thanks and said she had been ‘bombarded’ with messages of support and praise for bravely going public.”