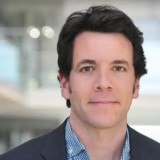 Plans by a broadcaster to cut almost 60 journalism jobs have been described as a “devastating blow” as union members are set to consider industrial action over the plan.

The National Union of Journalists says the proposals by STV will lead to a “massive reduction in the breadth and depth of news coverage” in Scotland.

STV announced yesterday that its “loss-making” STV2 channel will close at the end of June, with 25 jobs at risk as a result.

A further 34 jobs are also set to be lost as part of a wider restructure of its news operation.

The company has blamed the “challenging economics of local television” and “anticipated increased competition” for the moves.

John Toner, national organiser NUJ Scotland, said yesterday: “Today’s announcement to cut 59 jobs across STV news and STV2 is a devastating blow to the staff who work tirelessly to provide some of the best news and current affairs programmes in Scotland.

“The loss of 34 jobs in news and the closure of STV2 with the ending of the flagship ‘STV News Tonight’ Scottish and international news programme will lead to a massive reduction in the breadth and depth of news coverage viewers in Scotland currently enjoy.

“It is also clear that a multi-platform newsroom will introduce an entirely new way of working, which will have consequences for the way that news is gathered and delivered. Staff have worked extremely hard on the STV2 channel, and the quality of the output is not in doubt. The decision to bring this channel to an end is no reflection on the abilities or professionalism of the staff.

“We also find it bizarre that the Edinburgh edition of STV News at Six will cease and will be replaced with a 10-minute opt. The NUJ will work with STV management to try to reduce the number of redundancies required, and we are resolved that compulsory redundancies will be strongly opposed.”

“The issue would be compulsory redundancies and other matters that might arise. The NUJ will continue to talk to STV management.”

Announcing the changes, STV chief executive Simon Pitts, pictured, said: “News is fundamental to the STV brand and we remain committed to offering the best news service in Scotland.

“However, given how quickly news consumption is changing it is vital that STV evolves to stay competitive, and we are therefore launching a comprehensive change programme – STV News 2020 – that will see us invest in skills, technology and digital as well as delivering cost savings.

“As a result of the challenging economics of local television and anticipated increased competition from BBC Scotland, we have taken the difficult decision to close our loss-making STV2 channel to focus our future content investment on STV and the STV Player.

“I’d like to thank the STV2 team for everything they have achieved over the last four years.”