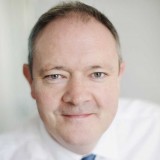 Two new regional daily editors have been appointed after a regional publisher announced a major reshuffle of its senior management.

DC Thomson has announced changes to its editorial restructure which will see Dundee Courier deputy editor David Lord step up to become editor of its city sister title the Evening Telegraph, while Courier acting editor Catriona MacInnes has been confirmed in her role.

Alan will head up the editorial teams at Aberdeen-based dailies the Press & Journal and Evening Express, and will also serve as editor of the former.

P&J deputy editor David Knight is retiring after 25 years with the paper and Andrew Kellock, current editor of the Evening Telegraph in Dundee, will move to that role following David’s departure.

All editors will be supported by Richard, pictured, but will retain editorial responsibility for their own titles.

Mike Watson, chief executive officer of DC Thomson Media, said: “Newspapers are a crucial part of our core business and we’ve got a great team in place that deliver some of the country’s best selling regional dailies.

“Richard is highly experienced in the newspaper industry and I’m confident that this change to structure will only add to the quality of content we provide thousands of readers with every day.”

All of those in new roles will take up their positions at the beginning of January.

Richard said: “This is an exciting time for newspapers and I am pleased to have been given the opportunity to drive the newspaper business forward.

“While the challenges we face as an industry remain, we’ve got a skilled team in place that understands its readers and we will continue to deliver quality newspapers to communities across Scotland.

“These changes demonstrate our commitment to our newspapers and the teams that work on them.”