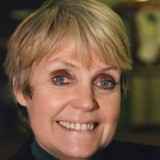 Tributes have been paid to a reporter who continued to work for a weekly newspaper series into her seventies after losing her husband and son within days of eachother.

Pat, the wife of former Advertiser editor Phil Higgins, started freelancing at there in the late 1990s before joining as a full-time staff member.

She had become a journalist later in life after leaving her career as a solicitor in local government.

In 2012, Pat began working part-time while she cared for her husband Phil, who was battling cancer.

Latterly she worked on the YA’s Castle Point and Southend patch.

Pat retired in 2016, but tragedy struck again on the very day she left when her daughter, who had been admitted to hospital with a broken leg, died suddenly of a blood clot.

Since her retirement, Pat had been volunteering as a reader for talking newspapers for the blind, but had kept in touch with current YA editor Mick Ferris

Mick said: “I had known Pat since my first spell at the YA in the ’90s and I was back when Phil and then Frank tragically died within days of each other.

“You don’t recover from something like that and I would have many conversations with her over the following months.

“She was particularly close to former YA features writer Liz Wade, who visited her regularly, and my former assistant Trish North. We are devastated here that someone we considered one of our own has gone.”