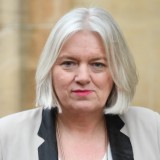 An employment tribunal which struck out a claim by a veteran BBC journalist for speaking to a local press reporter failed to properly consider how it would affect her evidence, an appeal court has been told.

The tribunal threw out the claim against the BBC by Sally Chidzoy, home affairs correspondent for BBC Look East, halfway through the hearing, which took place last February.

Ms Chidzoy had been seen talking to Cambs Times reporter Sarah Cliss during a short break in her cross-examination by the BBC’s barrister Sophie Belgrove and her solicitor.

They reported hearing the word “Rottweiler”, which had been discussed in evidence on the morning of the hearing at Cambridge Employment Tribunal on February 9 last year.

Miss Belgrove applied to get the case thrown out on the grounds Ms Chidzoy’s claim had been conducted in a “scandalous or unreasonable” manner and it was no longer possible to have a fair trial.

Ms Chidzoy said she exchanged “pleasantries” with the journalist, who had said the words “Rottweiler or terrier” moments before Miss Belgrove intervened.

Employment judge Michael Ord struck out the claim, saying that Ms Chidzoy had been warned repeatedly not to discuss the case during breaks and had lost the “necessary trust” of the tribunal.

He ruled it was not possible to have a fair trial, a retrial or hear a more limited case.

But Ms Chidzoy’s lawyer, Althea Brown, told the Employment Appeal Tribunal (EAT) on Friday last week that the tribunal had not taken enough evidence to properly determine that Ms Chidzoy’s evidence had been “corrupted”.

Ms Brown said: “The key point I want to address is that it is a given that strike out is an incredibly draconian and exceptional power that must be used when … it would be an affront to the court to continue to prosecute the claim.

“The tribunal’s decision does not consider the overhearing of the use of ‘dangerous dogs’ or ‘Rottweiler or terrier’ had any impact on evidence that had already been given.

“That was a serious error on the part of the tribunal.

“It is absolutely necessary for the tribunal to have engaged properly with what the factual basis was, what were the implications of what was said.

“They have got to join the dots and in my submission that is what they did not do.”

Ms Brown said the tribunal had made “assumptions” about how Ms Cliss conducted herself rather than hear evidence from her directly.

“It was not appropriate to make an assumption about that without hearing evidence on it and that’s what they did,” she added.

Ms Cliss previously told a local newspaper that the conversation had been “general chit chat” and she had not been asked for a formal statement from the court.

Sean Jones, for the BBC, said the tribunal was entitled to reach the decision to strike the claim out without conducting a “trial within a trial” and also to regard the two accounts given by Ms Chidzoy’s lawyer, Paul Jackson, with “scepticism”.

He said: “What we do say is it was decided in her case in the sense that having heard what she had to say and what Mr Jackson had to say, they were not persuaded by her case on its face.

“They seem to be saying, to us at least, as clearly as one can imagine, ‘We don’t accept this was an innocent exchange – we think this was a conversation and it was about evidence’.”

He said Ms Chidzoy had been warned six times about not talking to others while giving evidence and doing so gave rise to a “serious risk” her evidence could be corrupted in ways the tribunal would not be able to determine.

Judge Jennifer Eady QC reserved judgment in the case, which she said “justifies some reflection”.

In Ms Chidzoy’s original claim it was revealed that one BBC manager, in an e-mail about a story on the Dangerous Dogs Act which was not sent to her, referred to her as “Sally Shitsu”.

Ms Chidzoy. who had worked at the corporation for 30 years, complained the term was demeaning on the grounds of her gender and abusive by implying that she was a “shit journalist”.

* In an earlier version of this story, the page title incorrectly stated that Ms Chidzoy had been sacked.  This is not the case and we apologise for distress caused.  Ms Chidzoy remains an employee of the BBC.