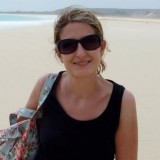 A tourist shot in Brazil complained to the press watchdog after a regional daily published inaccurate claims based on information provided by police in the country.

Eloise Dixon, pictured, complained to the Independent Press Standards Organisation after the Birmingham Mail reported in a story that she had been shot after entering a rough neighbourhood of Rio de Janeiro because of a language mix-up.

She said the newspaper had also taken Facebook photographs and had published them without their consent, and that reporters had harassed her family while she was being treated in hospital.

Complaining under Clause 1 (Accuracy), Clause 2 (Privacy), Clause 3 (Harassment) and Clause 4 (Intrusion into grief or shock) of the Editors’ Code of Practice, she said the report was based on inaccurate information given by the Brazilian police as her family had not driven into a rough neighbourhood because they had misunderstood directions given to them, as reported, but had been misdirected by a sat-nav instead.

The Mail said that it was sorry to hear of the complainant’s ordeal, but said it had no reporters present in Brazil and it had made no attempt to question or photograph the family.

It added the images it had published had been taken from a Facebook profile, which was open to the public.

Given the complainant’s concern that the article was inaccurate, the Mail offered to publish a clarification on the matter of the sat-nav which added that “at no time did the gunmen speak to Ms Dixon or her family”.

This resolved matters to the complainant’s satisfaction before IPSO made a ruling, and the full resolution statement can be read here.